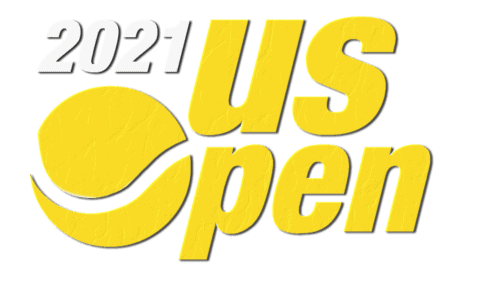 VOICE OF THE US OPEN

Known as the Voice of the US Open, 2021 marked Taylor’s 20th year shaping the sound of the sport’s final Grand Slam of the season.

With his individual style and delivery, Andy writes and narrates every player’s introduction, highlighting their career accomplishments, providing context for fans before each match. As a voice talent, he also narrates video content and special announcements broadcast across the grounds of the USTA Billie Jean King National Tennis Center. For twenty years, his distinctive sound and energy has helped drive and enhance the fan experience — Informing. Entertaining. Celebrating the sport and its colorful cast of characters.

Referred to as “The Greatest Return” by the United States Tennis Association, the 2021 US Open proved to be one of the most dynamic Grand Slam tournaments in recent history. The year prior — due to the ongoing coronavirus pandemic — the 2020 US Open was held without fans, and was the sport’s first Grand Slam tournament after a 5-month pause on the season. Athletes, presenters and staff observed strict health and safety protocols to limit exposure and curb the spread of the virus. In 2021, thanks to vaccines, fans were back; full-throated and fully invested in the US Open’s historic storylines.

For the first time in 22-years, the Women’s Singles Final featured a pair teenagers. In just her second Grand Slam appearance, 18-year-old Emma Raducanu captured the title, becoming the first Qualifier in the history of the game to win a Major. Her 19-year-old opponent, Leylah Fernandez, defeated three top-5 players to reach the championship match – including defending champion Naomi Osaka.

On the Men’s side, Novak Djokovic nearly became the first man in 52-years to secure the Calendar Grand Slam. As the reigning Australian Open, Roland Garros and Wimbledon champion, Djokovic was one victory away from achieving the feat. Instead, World #2 Daniil Medvedev earned his first Grand Slam title, dispatching the 20-time Major champion in straight sets. For the first time ever, all four Grand Slam trophies were together in New York, in anticipation of a momentous trophy ceremony. Medvedev ensured only one made an appearance.

In Women’s Doubles, Sam Stosur teamed with best-friend Shuai Zhang to capture her second US Open Doubles title, and 8th Major title overall. When the Aussie legend earned her first US Open Doubles title in 2005 – her opponents in Sunday’s Final (Coco Gauff and Caty McNally) were only one and three years old.

Joe Salisbury became the first player in 11-years to capture both the Men’s Doubles and Mixed Doubles titles (Bob Bryan 2010). On the Men’s side, Joe and American Rajeev Ram earned their second Major together. In Mixed, he and American Desirae Krawczyk earned their second Grand Slam title together. With the triumph, Desirae became only the seventh player in the Open Era to win three Grand Slam Mixed Doubles titles in a single season. Meanwhile, El Salvador’s Marcela Arevalo became the first player from Central America ever to reach a Grand Slam Final.

2021 US Open. Most Valuable Player: The New York Fans.

With fans finally back, clearly starved for Grand Slam drama and intrigue after 24-months, the athletes used New York’s pent-up energy and electricity as fuel, playing well beyond their limits and expectations. Together – with raw, overwhelming fan-engagement the world over – the sport itself firmly thrust its dagger through the heart of COVID-19. Tennis is back. Full stop. And the impending, unexpected plot twists are positively tantalizing. 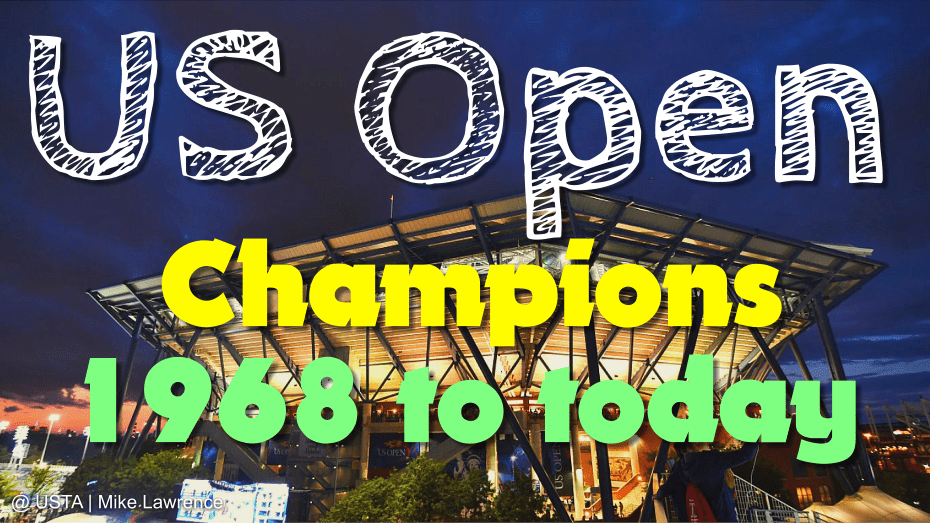 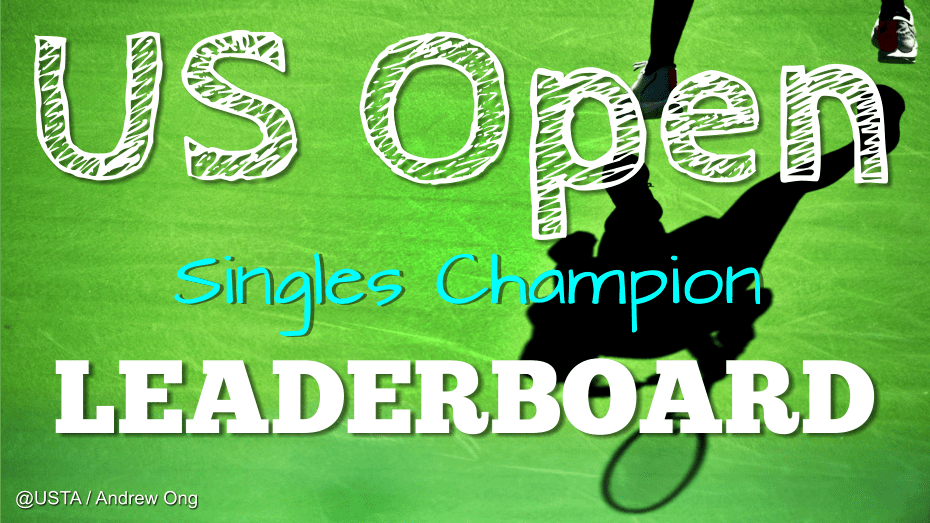 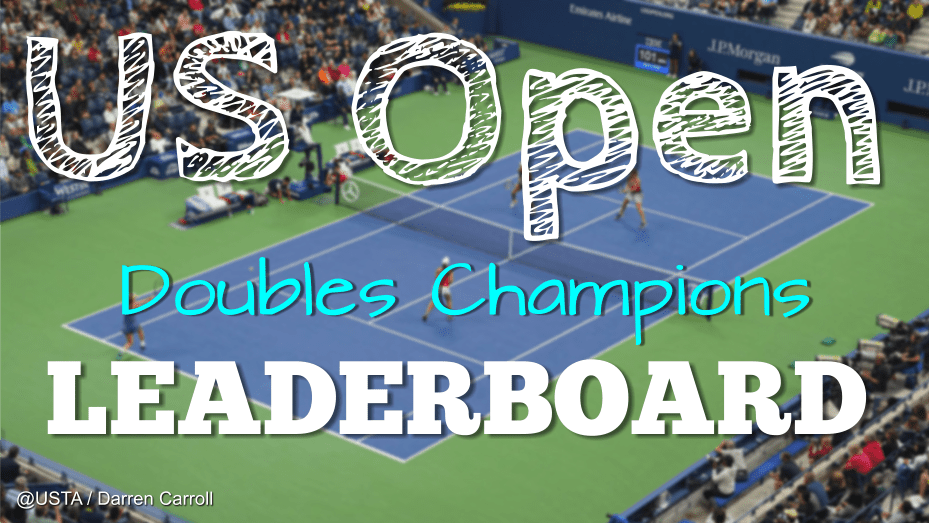 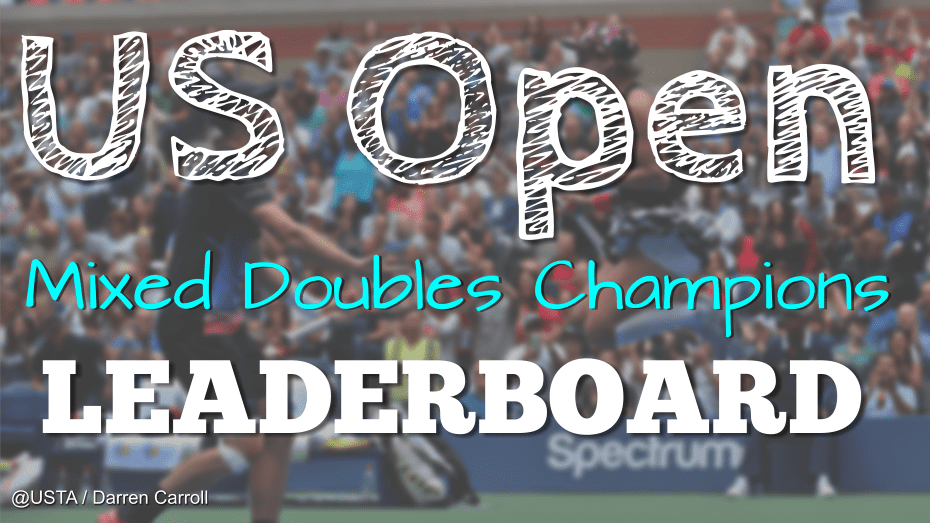 Meanwhile, Dominic Thiem finally captured his first Grand Slam Singles title. In his fourth Major Final, the Austrian came back from a 2-set deficit to defeat Alexander Zverev in a deciding-set tiebreak. It was the first US Open Final decided in a 5th set tiebreak – and Thiem became the first player in the Open Era to rally from two sets down in the US Open championship match.

Notably, earlier in the week, 3-time champion Novak Djokovic was defaulted in the Round of 16 when he accidentally hit a linesperson after striking a ball in frustration. Defending champion Rafael Nadal chose not to travel to New York due to the ongoing coronavirus pandemic, while 5-time champ Roger Federer remained sidelined following knee surgery. 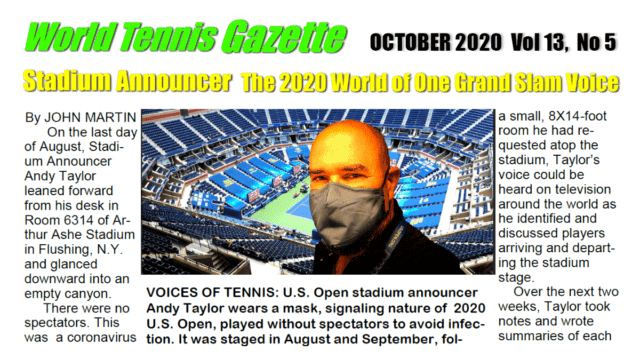 141 YEARS IN THE MAKING: THE 54th US OPEN TENNIS CHAMPIONSHIPS

The US Open, as we know it today, began in 1881. Four years after the first Wimbledon Championships, members of the Newport Casino in Rhode Island (now home of the International Tennis Hall of Fame) established the U.S. National Singles Championship. Popularity of the sport exploded during the following eight decades – and by 1968, the Open Era began, finally allowing professionals to compete alongside amateurs. Ever since, the sports four Grand Slam tournaments – the Australian Open, Roland Garros, Wimbledon and the US Open – cemented their status as the premiere events in professional tennis. Today, these Major trophies and titles are the pinnacle of achievement.

MILESTONE ON THE LINE AT THE 2021 US OPEN

No man has achieved the Calendar Grand Slam (winning all four Major titles in the same year) since the great Rod Laver accomplished the feat for a second time in 1969. World #1 Novak Djokovic intends to rewrite that history by capturing his 4th US Open title.

Now a 20-time Grand Slam Champion – Djokovic is the reigning Australian Open, Roland Garros and Wimbledon champion – and is one of only 3 men who has earned the Career Grand Slam twice (Roy Emerson and Rod Laver). In anticipation of Novak’s milestone, all four Grand Slam trophies are in New York for the fortnight.

That said, last month at the Tokyo 2020 Olympic Games, Djokovic was poised to become the first player since Steffi Graf (1988) to earn the Calendar Golden Slam (winning all four Major titles and Olympic Gold in the same year). In the Semifinals, Alexander Zverev erased that possibility with an improbable, come-from-behind victory over the World #1. Zverev went on to capture the Gold Medal. Djokovic fell in the Bronze Medal match.

To this day, Steffi Graf remains the only player ever to achieve the Calendar Golden Slam, and 1988 remains the last time anyone has won all four Majors in same calendar year.

Last year, the 2020 US Open was the first tennis Major to return after COVID-19 transformed life as we knew it. No fans. Cavernous, empty stadiums. Separate “bubbles” for players and crew. Regular coronavirus testing. Strict social distancing.

Today, thanks to vaccines and those who’ve chosen to receive them, the gates are unlocked at the USTA Billie Jean King National Tennis Center — with some specific requirements.

Originally, in the months leading up to the 2021 US Open, all fans were welcome (vaccinated and unvaccinated), provided each guest followed CDC guidance based on individual vaccination status. However, on the Friday before the start of main-draw play, the New York City Mayor’s office changed course — instead mandating that all Arthur Ashe Stadium ticket holders provide proof of vaccination.

INTERVIEW WITH WORLD TENNIS GAZETTE: LIFE AT 2020 US OPEN

In response, due to continued concern over COVID’s highly-infectious Delta variant, the USTA extended the Mayor’s mandate to every US Open ticket holder — including those with passes to Louis Armstrong Stadium, the Grandstand, and fans with grounds admission tickets. In other words, to enter the grounds of the USTA Billie Jean King National Tennis center, all ticket holders 12-years and older must provide proof of at least one dose of a COVID-19 vaccine.

That said, unlike events held before vaccines were widely available, there are no temperature checks or health questionnaires to complete before entering the grounds. Additionally, negative COVID tests are not required to get on site. Simply put, each guest must be vaccinated.

COVID’s grip continues, as we navigate an uncertain landscape full of both vaccinated and unvaccinated tennis fans. Responsibly, the USTA is relying on the guidance of the CDC, the New York City Mayor’s Office, and the New York City Department of Health to hopefully ensure a safe and healthy experience for all.

ROUND OF 16. Arthur Ashe Stadium

US Open 2021. Stefani and Dabrowski advance to Round 3Announcer/Emcee, Tennis, U.S. Open