Andy Taylor hosted morning shows for 18-years, with a 10-year run at the legendary KTTS

A typical broadcast journeyman after dropping out of college in Boston, Andy quickly learned that the only way to gain traction and ratings success with a broadcast audience is to commit oneself entirely to a region…to plant stakes…to truly become part of the community. 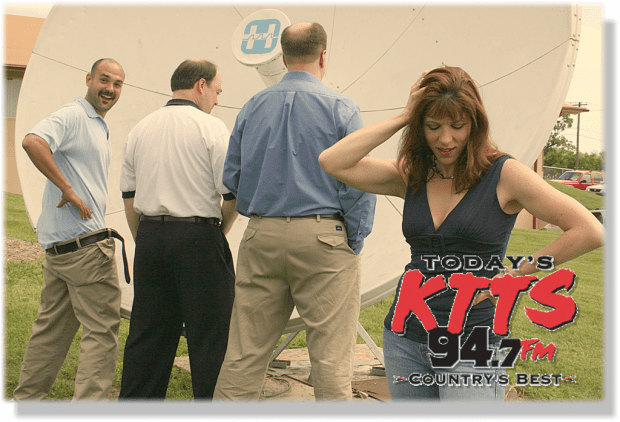 With stops in North Carolina, Arizona and Florida over a stretch of just four-years, Andy then discovered the Missouri Ozarks and fell in love: the people, the outdoors, the lakes, the compassion, the real sense of…community.

Rolling up his sleeves, he worked tirelessly to entertain, relate, inform, champion great works in the community…and ultimately belong; and after four years of languishing in mediocrity on a dim signal, he was given the opportunity to take the morning-drive helm at a struggling heritage broadcast behemoth: KTTS.

Respecting the product’s history and understanding the tapestry of audience expectation, Andy helped resurrect the sleeping giant, resulting in one of KTTS’ longest periods of ratings dominance.

His Morning Show was the #1-rated show in the market for six consecutive years (12 ratings periods), including a 19.0-share of the morning drive audience when he retired.

Most importantly, though, through his ability to relate, wry sense of humor, openness, self-deprecation, humility and work ethic, he created a relationship with an audience that endures today…for KTTS, and for Andy as an individual and professional with rewarding relationships and community partnerships.