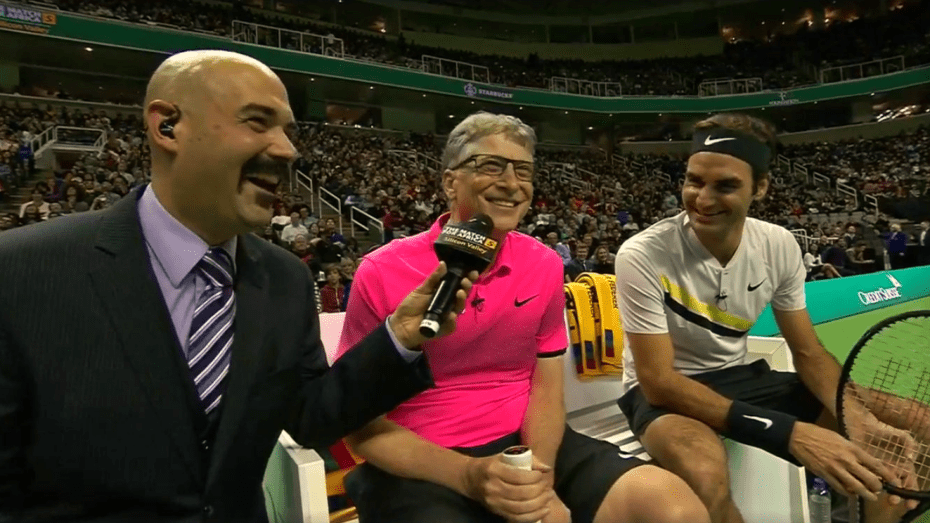 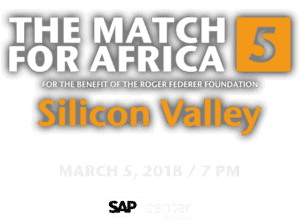 Over $2.5 million raised for early childhood education in Africa. 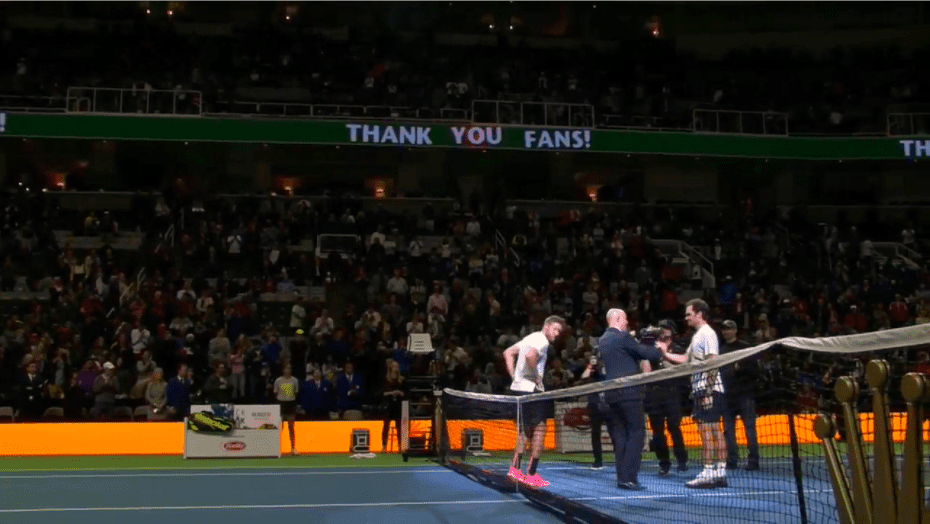 One unforgettable night with Roger Federer in San Jose

Before Match for Africa 5, the Foundation’s tireless efforts raised over $36-million, giving 870,000 kids access to quality education. After his thrilling 76(9) 64 exhibition victory over World #10 Jack Sock, Roger said: “We would like to reach a million kids by the end of the year, and with this match tonight, I think I can confidently say we’re going to do it. A million kids……that’s bigger than the city I grew up in. It’s wonderful to see the impact you can have.”

He went on: “I’m going to make you a big promise. With all the money that’s been raised, I’m going to try my very best to make sure it all gets where it belongs – that the kids get their quality education – that the teachers are better educated……Not only did you come and support Jack and myself, Savannah and Bill, but also a great cause. Thank you everybody!” 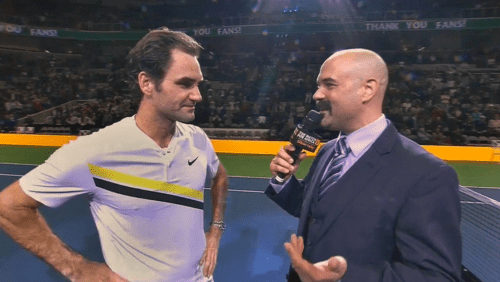 Roger Federer reacts to raising over $2.5-million for his Foundation in a single night

And what a special night it was – The evening opened with a celebrity doubles match featuring the team of Savannah Guthrie and Jack Sock versus the defending Match for Africa champions, Bill Gates and Roger Federer. After falling behind 0-5 in the single-set affair, Jack and Savannah put four games on the board to make it a respectable 6-4 title defense for Roger and Bill. The lighthearted set was packed with hilarious moments, including several Savannah whiffs because she couldn’t take her eyes off Federer, her tennis idol.

After the celebrity doubles match, Jack took the World #1 to a nailbiting 9-11 tiebreaker in the first, before falling in two: 67(9) 46. Jack and Roger were just as entertaining during the singles exhibition, both in quality of competition and interaction with fans and each other. The night was bigger than tennis. It was a celebration of sport, philanthropy and authentic global compassion. 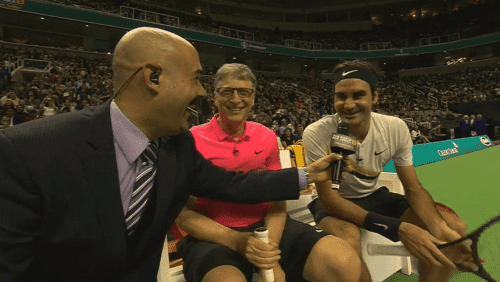 Fun on-court after the Doubles match 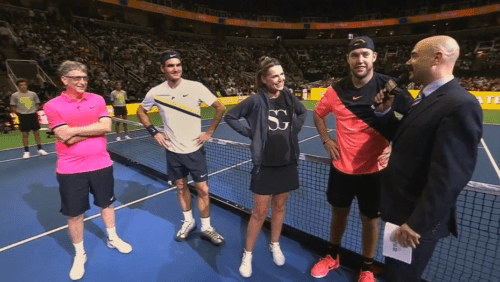 Respect for Sock before the Singles match 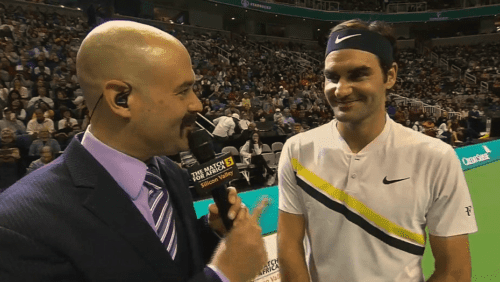