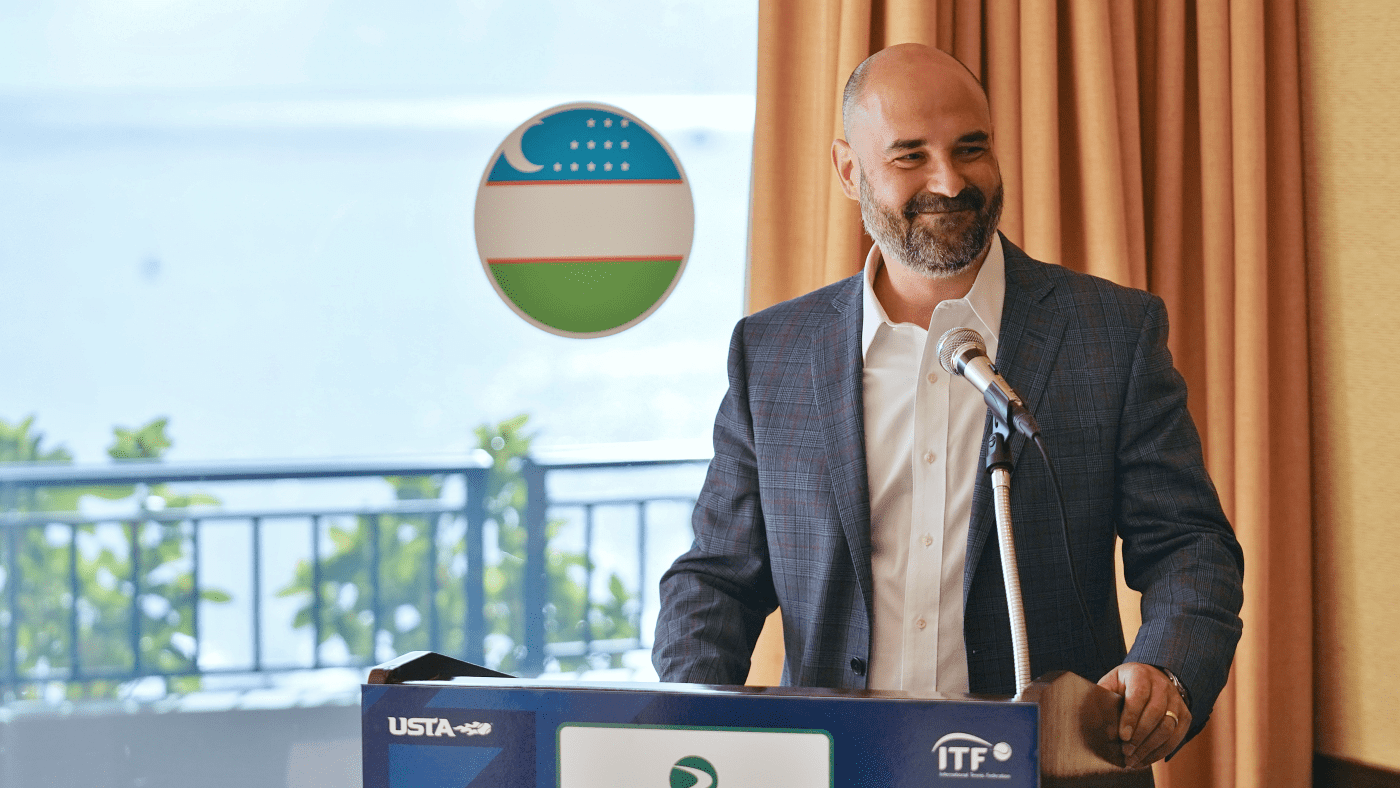 Andy Taylor has served as Team USA’s announcer during U.S.-based Ties since 2004

Andy Taylor announced his first Davis Cup Tie at Mohegan Sun in Connecticut back in 2004. Since then, he’s traveled the country to lend his voice to the ceremonial sport presentation behind each home based Davis Cup Tie. Follow this link for more in-depth coverage, audio and video from each Davis Cup event Andy has announced.

For three magical days in December 2007, Team USA packed Veterans Memorial Coliseum in the Rose Quarter and captured the Davis Cup title the first time in 12-years. Andy Roddick, James Blake and the Bryan Brothers absolutely dominated the Russians in the Final. As you can see from the photos above, it was an overwhelmingly emotional accomplishment for American tennis.

First, during the official dinner on Sunday night, I got a chance to see a 22-year-old John Isner stumble through “the team speech” – a right-of-passage for rookie hitting partners with Team USA. Before John nervously took the stage, the rest of the team handed him a fist-full of words and ridiculous phrases printed on tiny slips of paper. His responsibility? To individually pull out each piece of paper during the speech and meaningfully work the words and phrases into his presentation. It was brutally hysterical. John was brilliant. I just wish I had the brain capacity to remember some of the phrases he was forced to say. 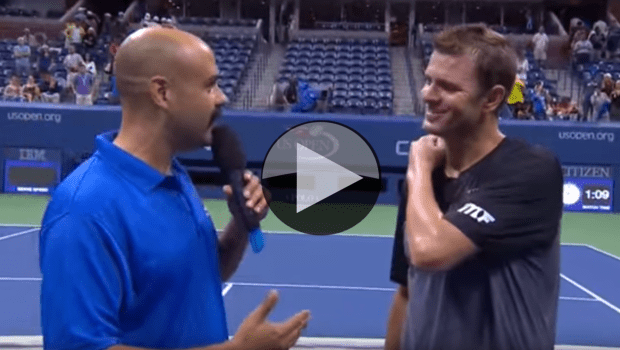 Then, the “Mardy Fish Moment” during the 2007 Player Dinner that I wrote about after interviewing Mardy for the last time at the 2015 US Open:

He’s pure class. I haven’t run into Mardy since 2007 when the US Davis Cup Team won the title in Portland, Oregon. At the time, Mardy wasn’t in the mix, but he was on the bench, selflessly supporting his buddies Bob, Mike, Andy and James. After the win, at the official dinner, the USTA brought me in to voice-over a few of the evening’s events and activities. I was tucked away in the back, but when Mardy heard my voice, he got up and sought me out. He formally introduced himself, saying he wanted to finally meet the man behind the voice he’d heard for years, rattling off his accomplishments before matches at the US Open and Davis Cup Ties.

Genuine, authentic and real – he and Patrick McEnroe then introduced me to the rest of the guys. I’ll never forget Mardy’s sincerity. His kindness. His appreciation. That moment stuck with me, and I couldn’t have been more thrilled to see him crack the top-10 and enjoy tremendous success on the court. There’s no doubt in my mind, as he blends his natural compassion with the raw and determined work-ethic he honed in chapter-1, Mardy Fish has a very rewarding future. As do many he will touch along the way. I’m grateful he had a chance to say “so long” on his own terms at the 2015 US Open.

Davis Cup began in 1900, and has become the world’s largest annual international team competition in sport. Over 130 nations compete annually. The concept started with four members of the Harvard University tennis team interested in setting up a match between the U.S. and Great Britain. Harvard’s Dwight Davis designed the format and even paid for the original trophy with his own money. First known as the International Lawn Tennis Challenge, most began to refer to the competition as “Davis Cup,” after Dwight’s trophy.

The first Davis Cup Tie took place at Longwood Cricket Club in Boston. By 1905, France, Belgium, Austria and a combined team from Australia and New Zealand were added to the competition, and the field continued to grow through the decades. From 1981 to 2018, the sixteen top-ranked nations competed in the “World Group” over four weekends each year. In 2019, Davis Cup shifted it’s format to a 18-nation Final held in Madrid, Spain. Today, the Davis Cup Finals include the previous season’s Semifinalists, two Wild Cards, and 12 Qualifiers. Qualifying Ties take place in March before Indian Wells. Several other tiers of competition occur throughout the year as nations battle for an opportunity to qualify for next year’s Finals.

Davis Cup Competition: How it Works

Today, a Davis Cup Qualifying Weekend (Tie) features a captain and four to five players from each country. The home team has the choice of ground and court-surface for each Tie, factoring into strategy. Five different matches (rubbers) determine the outcome of the event. Friday features two singles rubbers. Saturday includes a doubles rubber and two reverse-singles rubbers, where the singles players swap opponents. To win the Tie, a team must win at least three of the five rubbers played (all the best of three sets). At the end of the season in November, the 18 top nations gather in the Davis Cup Finals host city to determine the champion.