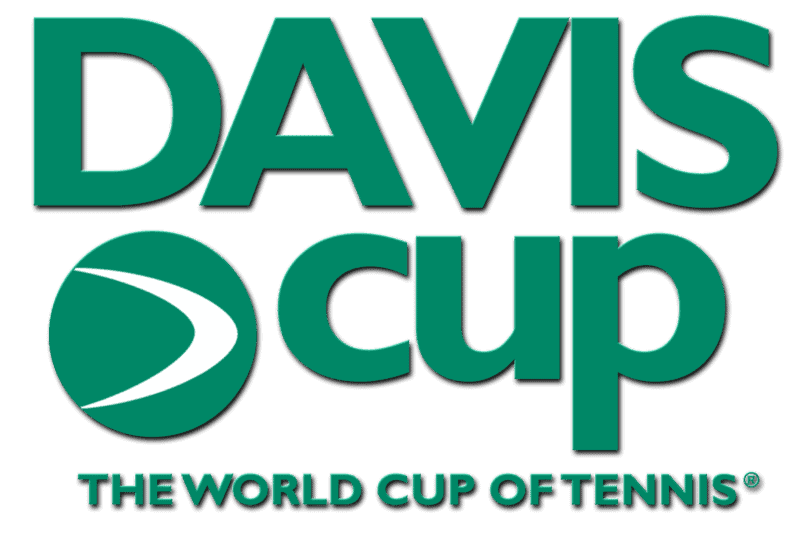 In March 2022, the Voice of the US Open Andy Taylor traveled to Nevada to serve as Davis Cup announcer for the clash between Colombia and the United States. The Qualifying Tie was Taylor’s 19th stateside event for “The World Cup of Tennis,” including Team USA’s victory over Russia in the 2007 Davis Cup Final. In Reno, Andy hosted the draw, narrated all of the Tie’s ceremonies, wrote and voiced every player introduction, and emceed a special wheelchair tennis exhibition featuring athletes from the U.S. World Team Cup squad.

On Friday, 21-year-old Sebastian Korda, opened the weekend with a 3-set victory in his Davis Cup debut. Then, Taylor Fritz extended Team USA’s lead – allowing Alejandro Gonzalez only a single game in the second rubber. On Saturday, Rajeev Ram and Jack Sock sealed Team USA’s victory with a straight-sets defeat of Juan Sebastian Cabal and Nicolas Barrientos. Ultimately, Tommy Paul capped the weekend by earning his second career dead-rubber victory for the Americans. 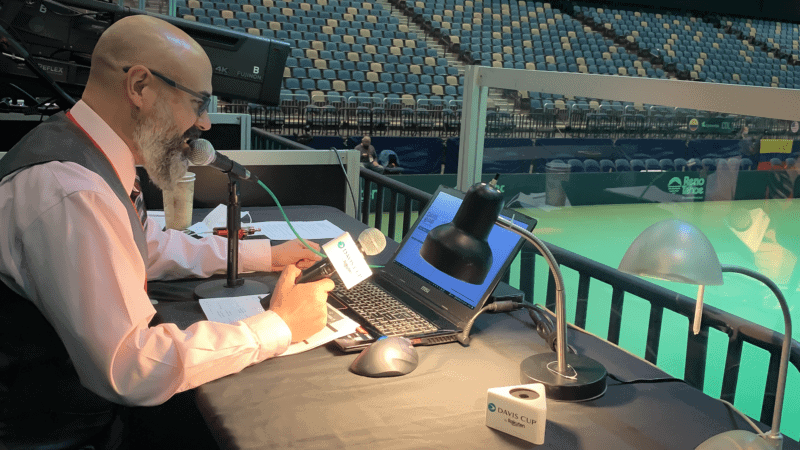 With the 4-0 triumph, Team USA advanced to the Group Stage of the 2022 Davis Cup Finals – which will take place across four cities in September, the week following the US Open. The Knock-out Stages, featuring the top-8 nations, will take place in late November – the week after the ATP Finals.

Hamstrung by injury and absence, the Colombians simply didn’t have the artillery they unloaded in Turin. During the Group Stage of the 2021 Davis Cup Finals – Nicolas Mejia nearly scalped Frances Tiafoe in the opener, falling in an extended deciding-set tiebreak. Then, Daniel Elahi Galan earned one of the biggest victories of his career, upsetting John Isner in another deciding-set tiebreak. Injured during the deciding doubles clash, Jack Sock retired during the third game – handing victory to Team Colombia.

Galan didn’t make the trip to Reno. Robert Farah, one of the top doubles talents on Tour, remained injured. His long-time partner Juan Sebastian Cabal was forced to team with Nicolas Barrientos. That said, the unmistakable MVP for the Colombians – World #265 Nicolas Mejia – was thrilling to watch. His passion and precision led to several of the weekend highlights. But Team USA enjoyed healthy, motivated, home-based firepower. Korda answered the call in his Team USA debut, against an opponent he grew up traveling and practicing with in Juniors. Fritz was a steamroller. Tommy Paul reflected his career-high ranking. While Rajeev Ram and Jack Sock – polar-opposites – proved their conflicting styles actually complement.

This was the fifth Davis Cup meeting between these two nations. In 1974, Colombia won their first clash in Bogota. Five years later in Cleveland, John McEnroe led Team USA to victory. Mardy Fish was a beast in Bogota during the 2010 World Group Playoffs – 12-years-ago, the captain won both of his singles rubbers in 5-sets AND the doubles rubber to clinch the Tie. Last November in Turin, the Colombians escaped with a win behind brilliant play from both Galan and Mejia.

Additionally, follow this link for coverage of previous U.S. based Davis Cup Ties where Andy Taylor has served as the announcer.

Over the past 21-years, it has been an absolute honor to witness three generations of American talent represent the Stars and Stripes. From the 2002 US Open, where Pete Sampras and Andre Agassi contested the Final...to Team USA's 32nd Davis Cup title in Portland where Andy, James, Bob and Mike won it all on their home turf. Now, with the likes of Taylor, Reilly, Tommy, and Sebastian carrying the torch, excelling at the top of the sport - it remains a surreal thrill to play a small role in the ceremonial presentation that embodies "The World Cup of Tennis." LFG, Team USA. 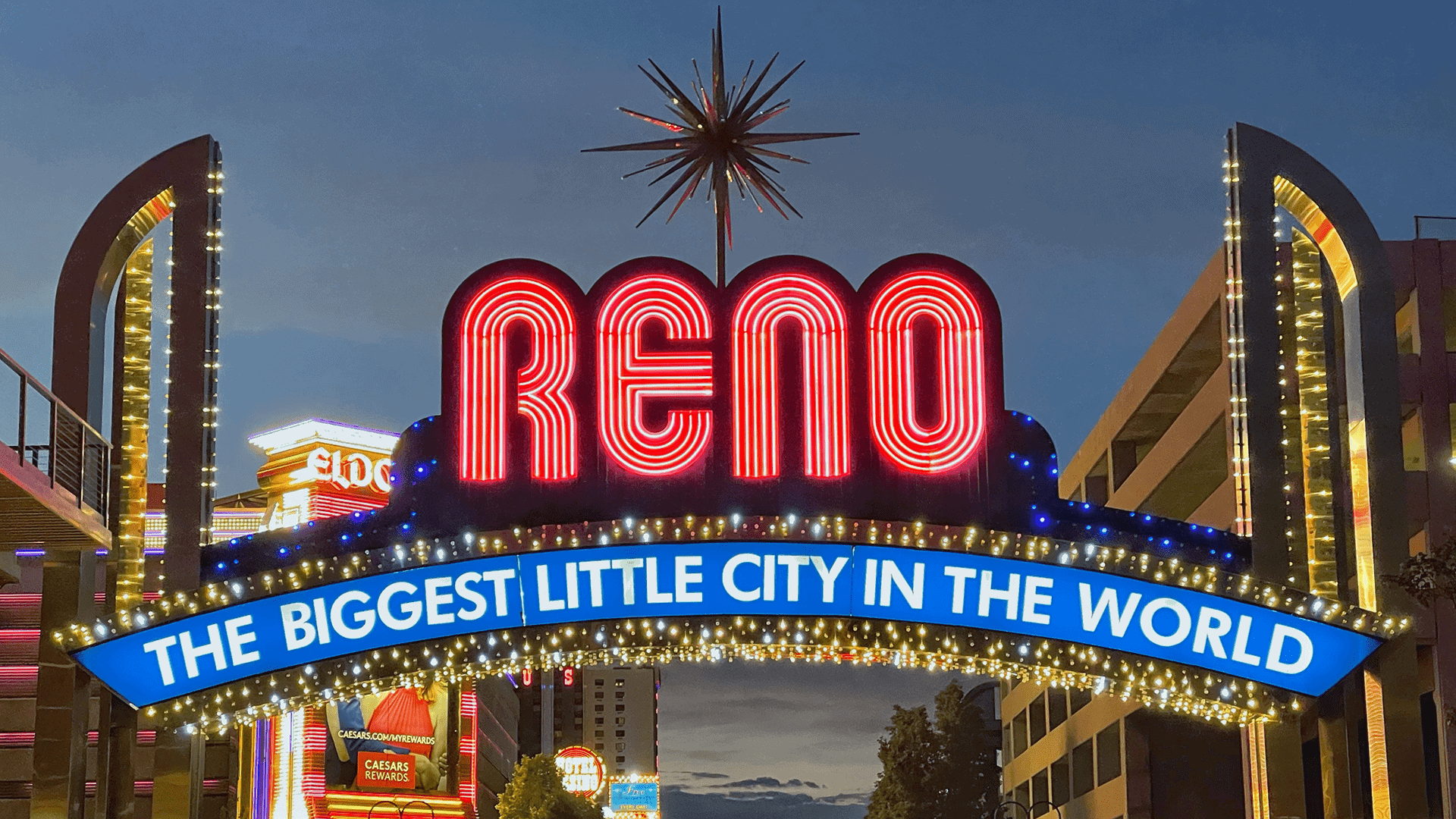 Just a week prior to this Davis Cup Qualifier, Russia's Vladimir Putin invaded the sovereign nation of Ukraine. Horrified by the Russian president's senseless aggression and reckless indifference to human life and liberty, nations around the world united to renounce Putin's actions and leadership. However, due to the tyrant's global reminder (threat) that Russia was a nuclear power, NATO nations and others refused to step-in militarily -- opting instead to solely supply Ukraine's military and civilians with weapons and humanitarian aid. Refugees streamed to the borders. Ukrainians stood their ground. Stalled by the grit, determination and patriotism of everyday citizens - Russia's military indiscriminately shelled Ukrainian cities. Meanwhile the world...just stood by. Watching. Terrorized. Outraged - at Putin...and at the terrified apathy of other able, capable nations. With this backdrop - in Reno, we called for a moment of silence during the opening ceremony, to honor the people of Ukraine.

Here are the words leading up to the prayer for peace:

Please rise for the national anthems of Colombia and the United States, and a special moment of silence for the people of Ukraine. Davis Cup is a symbol of how people of different backgrounds - from all over the world - put aside differences and come together through sport. 122-years-ago, Davis Cup founder Dwight Davis had a vision of what Davis Cup should represent in the world; and today, it is as significant as ever. Davis said: "A common understanding, a broad tolerance of others' viewpoints, [and] mutual goodwill are essential if people are to live together in the great family of nations." In this spirit, we stand together with those committed to ensuring peace around the globe, and extend our heartfelt prayers to the people of Ukraine. Please join us in a moment of silence - to honor the lives lost...and a prayer for peace.