2020 Recap from Andy Taylor, Stadium Emcee for the Bass Pro Tournament of Champions

While Oak Hill’s Cam Thomas earned Tournament MVP honors behind 72-points and 20-rebounds, Greenwood’s Aminu Mohammed truly stole the show. Just a few weeks prior, the Junior led Greenwood Laboratory School to its first ever Blue & Gold title in the 74-year history of the Tournament, shattering the event’s scoring records.

Over the past three days, Aminu proved he could outperform the best recruits in the nation.

Against Paul VI, the 6’5″ Mohammed put up 31-points and grabbed 16-rebounds. He then scored 31-more with 13-boards versus North Carolina’s Greensboro Day School. In the 5th-place game Saturday afternoon, he capped the tournament with 38 points and 23-rebounds – breaking both the single game and tournament rebounding records. Easily the most prolific talent on court, Aminu wrapped the tournament with 100-points, 52-rebounds and 13-assists. With those numbers, even the tournament’s MVP finished a distant second.

Tip of the hat as well to Kickapoo Junior Anton Brookshire who put-up 71-points, grabbed 17-rebounds, and delivered 13-assists. In fact, 33 of those points came in Kickpoo’s opener against Oak Hill. That’s huge. No question, this weekend’s steady shooting and steely nerve will be on the minds of college recruiters when they come knocking.

Second to Aminu Mohammed’s tremendous numbers, many will remember this year’s tournament as the year Darrick Jones Jr. dunked over both his mother and father in the Great Southern Bank Slam Dunk Competiton. Two years ago, Darrick won the contest with a similar dunk over a pair of ball kids. This year, he upped the ante, showcasing tremendous “vert” to leap over his folks scoring perfect 10’s in both rounds.

And it was such a great moment.

After earning perfect scores in the first round, Darrick was the last to dunk in the Final. With 30-seconds on the clock, he delivered a commanding tomahawk as an insurance dunk. He then waded into the crowd under the net, pulling his Mom and Dad onto the court. Though time-expired, there was no way I was going to disqualify the attempt. It was too heartwarming, too poetic.

Darrick carefully positioned his 6’5″ (at least) father first, then placed his mother closest to the rim. Players jumped to their feet, crowding the 3-point line. Camera operators jockeyed for position. Finally, with a single leap, Darrick hurdled his folks, perfectly delivered the dunk, then fell into his parents’ arms while teammates joined the embrace.

Unforgettable. Check out the video from Photographer Randy Kemp.

With 22,553 fans in attendance over 3-days of hoops, the tournament continues to deliver a top-shelf experience for both fans and players. For the student athletes, it is a pressure packed weekend where they get a chance to experience what it’s like to play at the next level. The players face relentless media obligations, exhausting travel, demanding schedules – and are rewarded with a level of arena production and fan attendance they won’t likely see again until after they graduate.

This tournament is the game’s most prestigious Boot Camp for what’s next. Even in defeat, everyone wins. It is the experience that’s most valuable.

That said – despite my best efforts over the past four years – I haven’t had a single fan sink the half-court shot in the Bass Pro Shoot out. The last to bury the lay-up, free-throw, 3-pointer and half-court shot in 30-seconds was MSU student Trey West in 2016.

This Stadium Emcee is hoping for several winners next year at the 2021 Bass Pro Tournament of Champions. Until then, practice your free-throws. 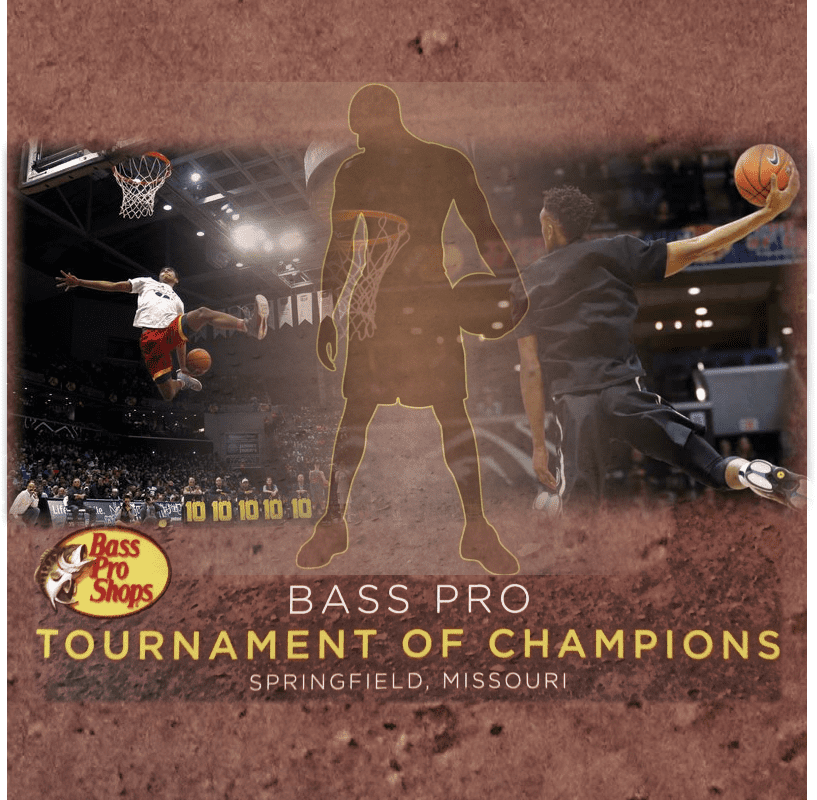 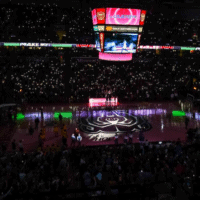 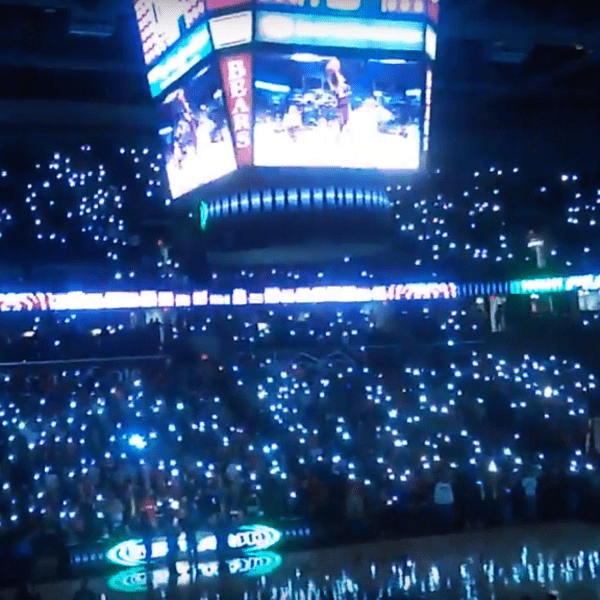 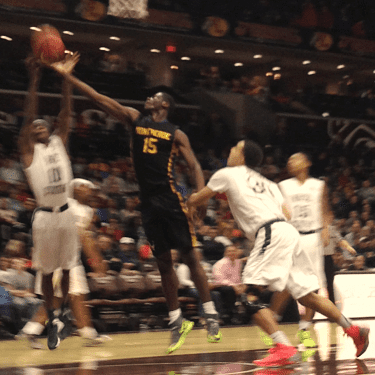 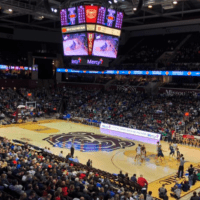