For the first time in seven years, Monica had to qualify to reach the main draw of the Qatar Total Open. On Saturday, she surrendered only a single game to Risa Ozaki of Japan, and followed it up with a straight-sets defeat of last year’s Semifinalist Andrea Petkovic. It was Monica’s first victory over the German in 12-years. Not mention, it was a mind-numbing reminder of both players’ descent in the rankings.

No time to celebrate

Currently the World #92, Niculescu drew Maria Sharapova for her center court opener. Maria, now the World #41 after a Semifinal run in Shenzhen and a 3rd-Round dismissal by Angelique Kerber in Melbourne, was granted a Wild Card. With guaranteed entry into the main draw, local tournament organizers were looking forward to seeing the 2-time former champ draw big crowds deep into the week.

For the tennis faithful, it was “Must Watch WTA TV.”

Niculescu is the queen of misdirection. She’s a tactician who relies heavily on slice from both sides. Nearly every opponent is forced to beat her at her own game. By constantly returning off-speed “junk,” Monica shoehorns all comers into her own rhythm and pace. Standard, comfortable, “go-to” game-plans need to be completely scrapped the night before a match with the Romanian.

That said, Sharapova responded well in the first set. The 5-time Grand Slam champion opened with a break, and earned two more to eventually earn the set 6-4. But Niculescu never faded, she scored two breaks of her own, overcame three set-points to keep the set alive, and in one game, forced Maria to battle for 16-minutes, through 9 deuces.

Monica was down a set, but her game-plan was on-point.

Maria gives up set-2 on a double fault, then a backhand long

Maria and Monica opened the second with back-to-back breaks. They both dropped serve again to reach 3-all. Out of nowhere, Niculescu’s serve awakened. She held at love to go up 4-3. Then at 5-4, 0-30, Sharapova gifted the set with a double fault, followed by a backhand long.

Both ladies took some “toilet time” to regroup before the decider.

Sharapova succumbs to the Niculescu Experience

It has happened to the best of them, including World #9 Petra Kvitova during Fed Cup in 2016, and Jo Konta last October in Beijing. Niculescu’s off-speed tactics and gritty determination have earned her four career top-10 victories, and winning records over players like Karolina Pliskova.

Down the stretch, Maria Sharapova couldn’t decifer Monica’s patterns or establish consistent control of the rallies. After over 2-hours on court, on Day-1 of the Qatar Total Open, Monica Niculescu earned the upset, punting 2018’s headliner from the field.

It doesn’t get any easier for Monica Niculescu. Thankfully, after three days on court, she will have the day off tomorrow. On Wednesday, she’ll face the 14-seed and World #18 Magdalena Rybarikova.

They’ve played seven times over the years. Niculescu has won four of those matches. Rybarikova earned a straight-sets victory in their most recent clash during Wimbledon’s 1st-Round last June, then went on to reach her first Grand Slam Semifinal.

Ranked as high as #28 in the World, this 30-year-old off-speed, tactical artist owns 3 WTA Singles titles; and last year in Hobart, started 2017 by reaching her 8th career tour-level Final. She owns 4 career-wins over top-10 opponents, including a straight-sets victory over World #7 Johanna Konta in September’s China Open; and finished the year by capturing the title at the WTA 125-Series event in Limoges. Now a 24-time Doubles Finalist, last April in Biel, she earned her 8th career WTA Doubles title; and at Wimbledon in July, became a Grand Slam Finalist for the first time. Competing in her 7th Qatar Total Open; yesterday, in the final round of qualifying, she defeated last year’s Semifinalist Andrea Petkovic to reach the main draw. From Romania – Please welcome, Monica Niculescu

To this day, this 5-time Grand Slam Champion and Olympic Silver Medalist remains the youngest player ever to capture the Qatar Total Open title. In 2005, at just 17-years-old, she defeated Australia’s Alicia Molik in the championship match – at the time, earning her 9th career WTA Singles title. 3-years later, she won the Doha title again – and today, owns 36 career WTA Singles titles in 59 career Finals appearances. With two French Open titles and victories at the Australian Open, Wimbledon and the US Open, she is one of only 5 active players who own the Career Grand Slam. She’s a Fed Cup Champion, won the WTA Finals in her 2004 debut, has been the sport’s top-ranked player 5-times; and remarkably, between 2003 and 2015, won at least one singles title every year for 12 consecutive years. Competing in Doha for the first time since 2013, from Russia – Please welcome 2-time Qatar Total Open Champion, Maria Sharapova 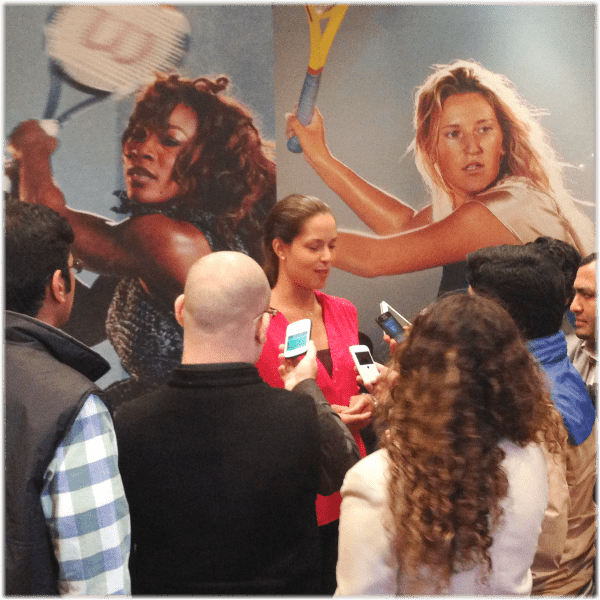 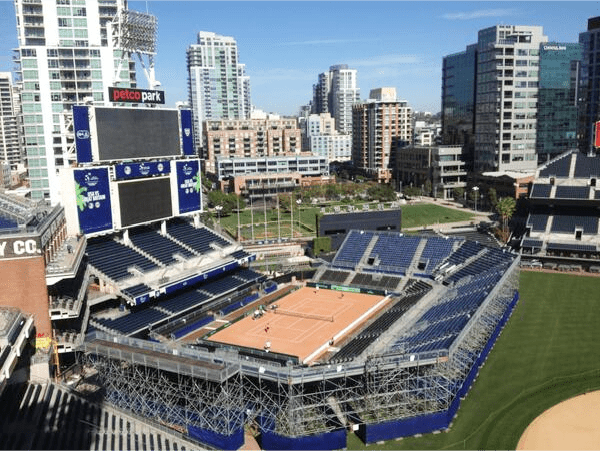