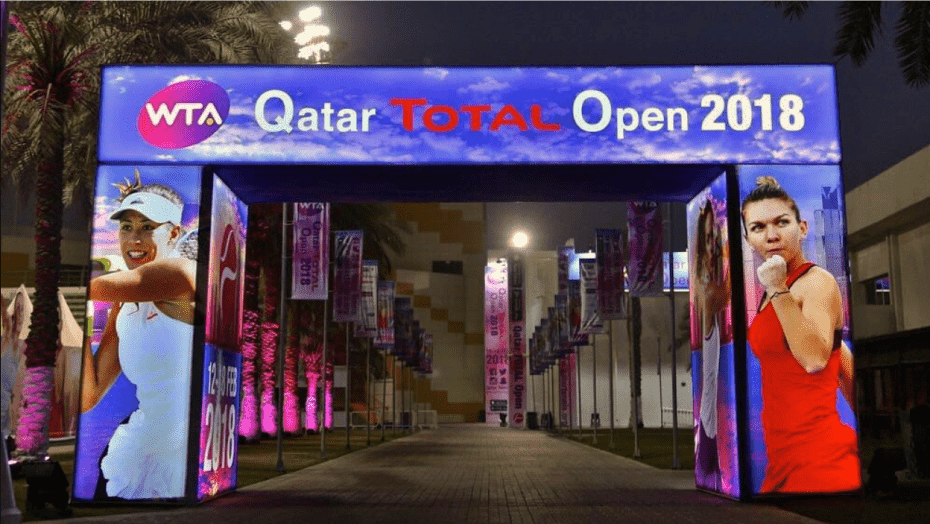 And away we go! After Sunday’s final round of qualifying, the draw is set for the Qatar Total Open 2018. Two Americans, Cici Bellis and Bernarda Pera, found their way through a top-notch field of quality contenders. They’ll join this year’s #12-seed Madison Keys as the lone U.S. hopefuls in a stacked Premier-5 event.

1st-Round action begins at Noon on Center Court with the 10th meeting between Dominika Cibulkova and Anastasia Pavyluchenkova. Dominika has won 6 of their previous matches, including their deciding-set, Round of 16 clash here in Doha last year.

The top qualifying seed lost only four games en-route to the main draw. On Saturday, she leveled 16-year-old Qatari wild card Mubaraka Al-Naimi in 38-minutes 60 60, and had little trouble with the World #146 on Sunday.

The World #48 vs. the World #24: Cici drew the overpowering Daria Kasatkina, and will play the second match on Center Court tomorrow. They’ve played once before, three years ago in the Sunrise Challenger. Kasatkina won that match in straight sets.

First Jing-Jing Lu, then Danka Kovinic. Naomi is into Doha’s main draw after four quick sets of tennis. With two top-20 wins over Elena Vesnina and Ashleigh Barty in a Round of 16 run at the Australian Open, Osaka is surging, nearly back in the top-50 for the first time since September.

She’ll be the nightcap on Center Court tomorrow, facing World #49 Katerina Siniakova of the Czech Republic. Katerina’s mojo is flowing as well, after a career best season in 2017 that featured her first three top-10 wins, her first two WTA Singles titles, and her first Grand Slam final with partner Lucie Hradecka at the US Open. Not to mention, last month in Shenzhen, she defeated Maria Sharapova to reach her 5th career Singles final.

After an easy dispatch of Sabine Lisicki on Saturday, World #54 Marketa Vondrousova made quick work of Kristina Kucova in the final round of qualifying. She may be the most fortunate of the weekend’s graduates, drawing World #81 Yulia Putintseva in the 1st-Round. On top of that, she’ll enjoy a day of rest tomorrow to prepare for Tuesday’s battle. It will be the first career meeting between the two.

Huge win for the 28-year-old from China. A bitter pill for the 33-year-old former champion who won the Doha title 7-years-ago. Vera Zvonareva battled on Sunday, dropping the first-set 7-9 in the tie-break. Set-2 was a re-run, but Vera played inspired tennis down the stretch, leveling the match 7-5. Lactic acid build-up in the third impacted both athletes, but Ying-Ying Duan hung-on to earn the win in just under 3-hours.

Ranked just outside the top-100, 28-year-old Duan is looking to rediscover the rhythm that helped her climb to a career-high ranking of World #60 last April. Her 1st-Round opponent will be Tunisian wild card Ons Jabeur; the same Tunisian who became the first Arab woman in tennis history to reach the 3rd-Round of a Major last year at Roland Garros.

Croatian-American Bernarda Pera is through the main draw in her Qatar Total Open debut. She made quick work of the Czech Republic’s Tereza Martincova on Saturday and quicker work of fellow American Christina McHale on Sunday.

More good news: She gets a day off tomorrow.

Potentially better news: Though her opponent on Tuesday may be World #11 Johanna Konta, Bernarda’s already proven that she can beat her. Pera was the southpaw “lucky loser” who upset Konta last month in the 2nd-Round of the Australian Open. It’s re-match time in Doha.

For seven years, Kateryna Bondarenko has been coming to Qatar Total Open, and every year she’s been forced to qualify. Her best run came 11-years-ago when she won three qualifiers, upset World #21 Anna-Lena Groenefeld in Round-1, then scored a walkover to reach the Quarterfinals. Back then, she was ranked outside the top-130. Today, she’s the World #80.

She’ll have a tough-ask in 2016 Doha Champion Carla Suarez Navarro, whose injury woes appear to be fading after last month’s Quarterfinal run in Melbourne. Babos, Kanepi and Kontaveit was a solid string of wins for the Spaniard, and there’s no shame in admitting you were dispatched by the eventual champion (she fell to Wozniacki in the Quarters).

Bondarenka and Suarez Navarro haven’t played in 3-years. Kateryna’s won two of their previous matches, but Carla won their most recent meeting in the 1st-Round of 2015’s Toray Pan Pacific Open in Tokyo.

Hello 19-year-old Anna Blinkova. On Saturday, the Russian handed Croatia’s Jana Fett a pair of breadsticks. On Sunday night, in qualifying’s final match, her 7th-seeded opponent Ekaterina Alexandrova retired down a set and a break.

Off to the main draw where she’ll face another comrade in Elena Vesnina. Currently the World #23 and playing the best singles tennis of her career, on paper, the reigning Indian Wells champion should have no problems dismissing raw talent 12-years her junior. In fact, Elena’s already earned 2-wins over Blinkova, both at Slams last year. Their first meeting went the distance in the 1st-Round at Wimbleon. Elena won their US Open 1st-Rounder 61 63.

Monica hasn’t had to qualify for the Qatar Total Open in seven years. A Semifinalist last year, Andrea Petkovic hasn’t had to qualify since 2007. Needless to say, it was striking to see these two names clashing for a spot in the main draw. Either way it went, fans would be elated for the victor and crushed for the fallen. Sadly, the 2017 Semifinalist found the receiving end of sorrow.

As she’s done for over a decade on tour, Niculescu sliced and diced, keeping any sense of Andrea’s in-match rhythm comfortably out of reach. The Romanian’s a master at driving opponents insane, and no doubt relishes the idea of mixing pace with 2-time Qatar Total Open Champion, Maria Sharapova.

Sharapova still holds the record as youngest champion, after capturing the 2005 title at just 17-years-old. Now 30, and a wild card at this year’s event, she’s looking to make a deep run and get within reach of a 3rd Doha title.

Oddly enough, these two veterans have never faced each other in competition. Potentially the least permeable mental rock in the history of Womens tennis, it will be interesting see how Sharapova handles Niculescu’s persistent misdirection. 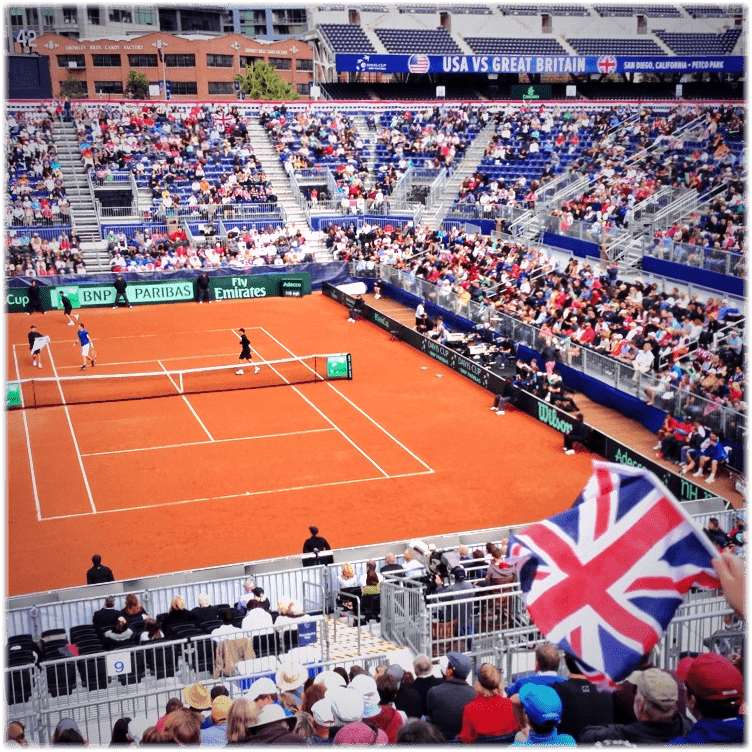 Davis Cup – Spain vs. Argentina in the Final 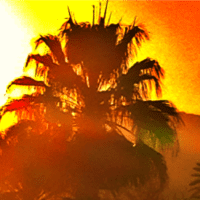