After five weeks of warm-up, the Emirates Airline US Open Series makes-way for the fourth and final Grand Slam on the tennis calendar: The US Open Tennis Championships in Flushing Meadows. Series participants racked-up points along the way, working to finish in the top-3, hoping to earn additional prize money through a strong showing in New York.

With back-to-back tournament wins in Montreal and Cincinnati, Rafael Nadal finished first for the fellas; while Serena Williams captured the top-spot on the ladies side after a first-place finish in Toronto and a finals appearance in Cincinnati. Should either win the US Open, they’ll each now earn an additional $1-million…for a final paycheck worth $3.6-million!

Second-place finishers John Isner and Victoria Azarenka could earn an additional $500,000 with a win at the Open. Juan Martin del Potro and Agnieszka Radwanska finished third in the Series, meaning an Open-win could net them an additional $250,000 in prize money. Here’s a break-down of potential payout for all six, depending on how they finish at this year’s US Open:

Last week in Winston-Salem, 32-year-old veteran Jurgen Melzer captured his fifth ATP World Tour singles title with a 6-3, 2-1(ret) victory over Gael Monfils. Monfils suffered a hip-injury during his semifinal win over Alexandr Dolgopolov the day before, and simply couldn’t finish the match.

Meanwhile, Simona Halep picked-up her fourth title this year with a win at the New Haven Open at Yale. In fact, she only dropped one set in her five matches up in Connecticut, eventually taking-out Petra Kvitova in the final 6-2, 6-2. With the win, Halep cracks the top-20 and enters the US Open ranked 19th on the WTA Tour.

The 2013 US Open is underway at the USTA Billie Jean King National Tennis Center, after an incredible kick-off Saturday with Arthur Ashe Kids Day. I’m looking forward to an exciting two weeks of tennis in New York – keep an eye on the website for updates! 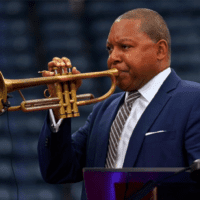 Keeping up with the Breakers 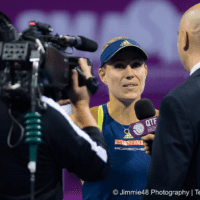