After a triumphant Day One – Davis Cup weekend

Evenly matched in the first set, both held serve to force the tie-break. Up a mini-break right out of the gate, Gombosh then double faulted, but broke again to go up 3-1. Two more unforced errors would cost Gombosh the tie-break and the set.

Set-2? Isner broke in the first game and never looked back. After 11 aces in the first set, John pounded nine in the second…including a complete shut-out in the 8th game.

John dominated the third set. Gombosh would win only the first and third games on serve, while Isner rattled off five consecutive games – with 27 aces on the day – to take the set and the rubber for Team USA.

Both were shaky on serve in the first set, as Klizan broke Sam right out of the gate. Over the next hour, both would drop serve twice, forcing a tie-break; where Sam delivered two critical aces to reach 6-all and 7-6. Klizan then handed the set to Querrey with a sloppy forehand into the net.

In the second set, unforced errors were the key again as Klizan handed Querrey a break to go up 3-2. Sam would break again in the 9th game to take the set 6-3.

In the 3rd, the frustration was too much for Sam’s opponent – swinging wildly and going for too much, Klizan gave up an early break to go down 0-3. Klizan would hold the rets of the way, but the damage was done. Sam took the set 6-3, and delivered a critical rubber win for Team USA…finishing the match iwth 18 aces.

After a tough 5-set loss to James Ward in San Diego – ultimately a loss that put the US in this World Group Playoff situation…Friday had to feel good – knowing he put that second-point on the board, giving the Bryans an opportunity to clinch the Tie on Saturday.

Day-2 features the doubles…As Bob and Mike Bryan, fresh off their 100th doubles title at the US Open…look for their 23rd career Davis Cup win…aganst Slovakia’s Michal Mertinak and Lukas Lascko.

A win lands Team USA back in the World Group, with a shot at the Davis Cup Title in 2015 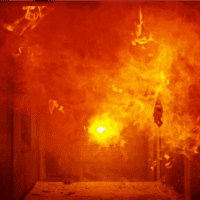