Grand Slam Tennis Tournaments feature the biggest names in the sport, but let’s be honest – the 2011 U.S. Open thus far will be remembered for the names Irene and Lee. Hurricane Irene dampened Arthur Ashe Kids Day, and forced the USTA to cancel an Opening Ceremony with Taio Cruz that would have been the biggest U.S. Open production ever… 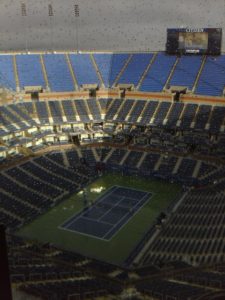 While we made it through the first week unscathed, week-two has been a different story as the remnants of Tropical Storm Lee have forced the cancellation of 4 consecutive sessions (Tuesday and Wednesday’s Day and Night Sessions). That led to friction between tournament officials and players who only managed to get-in 17-minutes of play on Wednesday, including Rafael Nadal, Andy Murray and Andy Roddick. The players were concerned that their safety wasn’t top-priority.

Now, with that “drama” behind us…we get ready for Day-11! It appears that we’ll be rain free for awhile, despite the torrential downpours and street flooding I enjoyed during my 6:00am trip to the USTA Billie Jean King National Tennis Center…

Then around 8:30 – the sun started peaking through here in Arthur Ashe Stadium. Right now we’re looking at some cloud cover, mixed with sunshine.

Our first matches are underway – with Nadal vs. Muller here on Ashe, and Donald Young vs. Murray on Grandstand. Roddick and Ferrer felt like the surface on Armstrong wasn’t safe enough for play, seeing as pockets of water had formed under the resurfacing of the court – so that match has yet to resume while USTA officials examine Armstrong’s surface.

Check back for more from Flushing as the action heats up…making-up time-lost, with washed-out sessions here at the 2011 US Open! 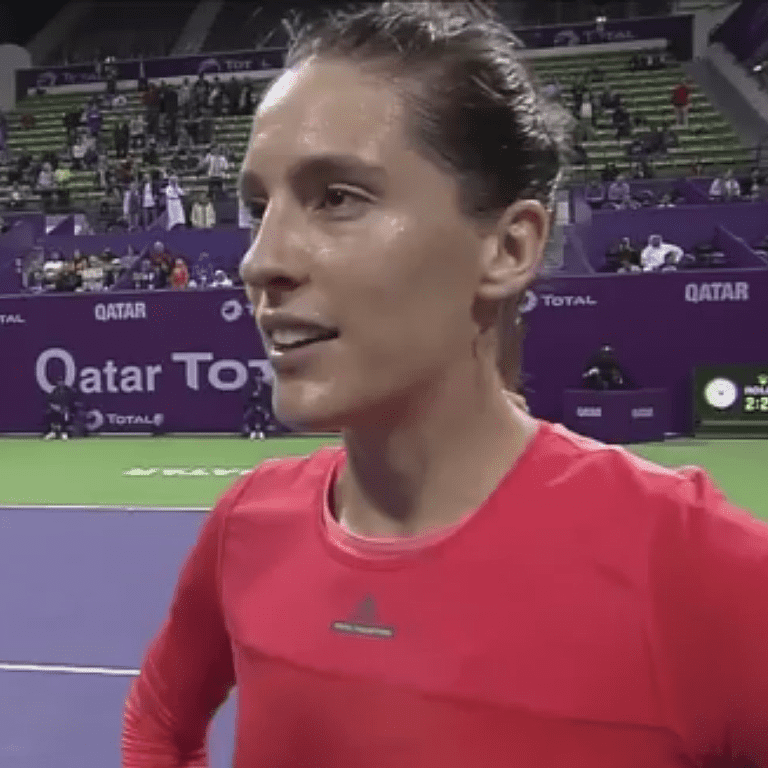