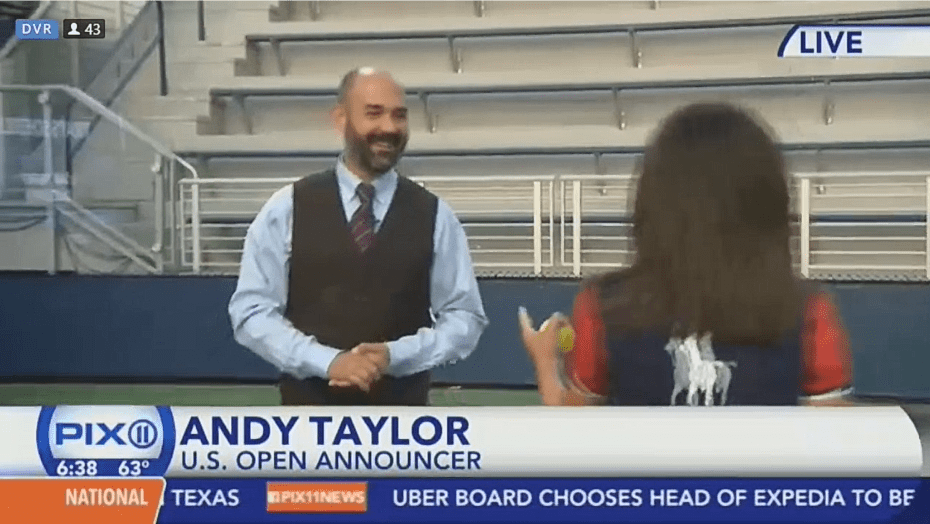 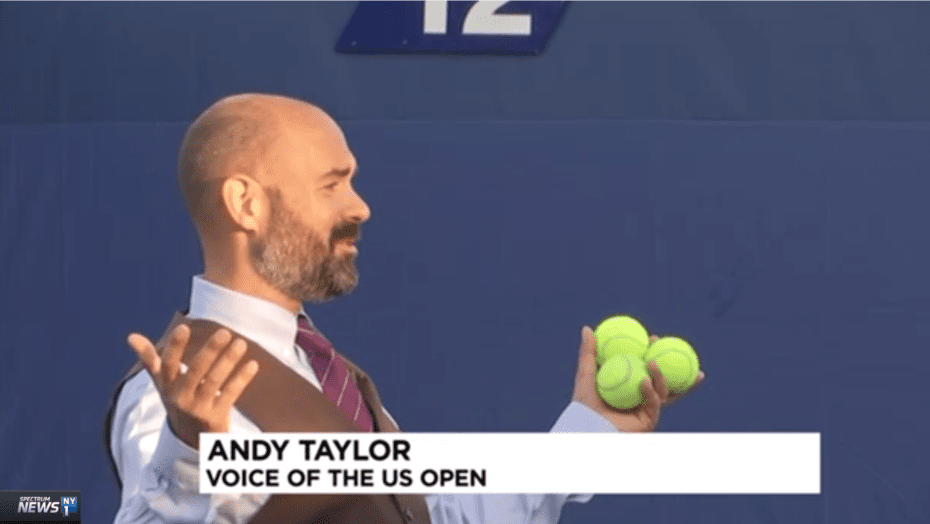 Morning Television Interviews promoting the Open with PIX11 and NY1

My 2017 US Open started at 6:40am Monday morning with Lisa Mateo from NYC’s PIX11. It ended at 2:00am Tuesday morning, after World #6 Alexander Zverev defeated Darian King. Lisa and I promoted Opening Day featuring Net Generation and the 20th anniversary celebration of Arthur Ashe Stadium. We teased Shania Twain’s performance and talked about the insane atmosphere on Ashe after midnight.

After wrapping with Lisa, I met Roger Clark from NY1. We promoted the tournament and discussed the challenges of being “The Voice of the US Open.” Both peppered their live shots with plenty of hitting, so I was sweating through my wool suit before 8:00am. A great start to a ridiculously long day.

This is the first time in 15-years I actually played tennis at the US Open. I had a fascinating conversation during a hit with Joe Schafer, one of the staff professionals assigned to warm-up the players. A former top-ranked junior and player at Davidson College, he was getting ready to work with Steve Johnson. I guess you could say a sweaty bald guy in a suit warmed up the warm-up guy. Check out this profile of Joe that Roger Clark put together for NY1.