In a tough turn of events for a beleaguered Qatar ExxonMobil Open 2018, Dominic Thiem awoke Friday morning with a fever and was unable to compete in his Semifinal clash with Gael Monfils. Monfils, a 3-time Doha Finalist, advanced to his fourth career championship match in Qatar without even taking the court. Considering his upcoming opponent needed a deciding-set tiebreak to eliminate Guido Pella, it appears the planets finally aligned for the French Showman during week-one.

A three-time bridesmaid, Gael always drew the cream of the crop in the Finals. He fell to Federer in 2006, Tsonga in 2012, and Nadal in 2014. Currently the World #46, Monfils reached this year’s championship match as a Wild Card. He’ll face an exhausted but dangerous 20-year-old Andrey Rublev in his fourth attempt to lift the falcon.

There were early signs that the Qatar ExxonMobil Open 2018 appeared “cursed.” Shortly after Christmas, Jo-Wilfried Tsonga pulled-out with wrist issues. Novak Djokovic withdrew just hours before the draw, still not 100% after six-months of elbow recuperation. He tried to give it a go at the World Tennis Championship in Abu Dhabi, but stepped aside just hours before his exhibition match with Roberto Bautista Agut. Oddly enough, Andy Murray was training on-site and stepped-in at the last minute. That said, it appears Andy is still struggling with his hip and is questionable for the Australian Open.

It hasn’t been a great 6-months for the two tennis icons who delivered a tremendous battle during last year’s championship match in Doha.

Next up: Championship Match. Andrey Rublev

Tomorrow night will be the first meeting between Monfils and Rublev. While Andrey didn’t benefit from a walkover during his Doha debut, the runner-up in November’s Next Gen ATP Finals advanced in his opening match after Cedrik-Marcel Stebe retired before the start of the second set. Rublev went-on to eliminate the 7-seed Fernando Verdasco, Borna Coric and Guido Pella to reach the title match.

Gael Monfils hasn’t been firing on all cylinders, but LaMonf has done enough to put himself in position to win. On Tuesday, he defeated Paolo Lorenzi in three. He then eliminated Jan-Lennard Struff and Peter Gojowczyk before Friday night’s walkover on ailing Dominic Thiem.

Luckily for fans, World #10 Pablo Carreno Busta was still in Doha after his 1st-Round loss to Borna Coric. He was gracious enough to spend an hour on court with us to take on French legend, and broadcaster for Bein Sports, the Magician: Fabrice Santoro.

An hour with the Magician and the World #10

Santoro still has it. The two-hander from both sides relished the idea of spending time on court entertaining fans and schooling the 2017 US Open Semifinalist. He didn’t disappoint. From ridiculous trick shots to delivering “hands-free” volleys, we all partied on court for a full 60-minutes. At one point, we even brought out the Red Crescent team to check the old man’s vitals. It was a fun evening. Fabrice is an amazing character, while Pablo is a gracious sport.

After the “match,” we spent some time on court talking about Carreno Busta’s amazing 2017 and the run he made at Flushing Meadows. Of course, we made sure to school the World #10 on Santoro’s accomplishments – including Fabrice’s Doha victory in 2000, and 1998 Finalist appearances in both Singles and Doubles.

HE IS KNOWN AS THE MAGICIAN, BECAUSE HIS ARTISTIC AND DECEIVING STYLE OF PLAY GAVE FITS TO TOP-10 OPPONENTS DURING HIS TREMENDOUS CAREER. IN FACT, HIS FINAL TOP-10 WIN CAME AGAINST NOVAK DJOKOVIC IN 2007, WHEN NOVAK WAS THE #3 PLAYER IN THE WORLD. DURING HIS CAREER, HE EARNED 6 ATP WORLD TOUR SINGLES TITLES, 24 DOUBLES TITLES, INCLUDING 3 GRAND SLAM DOUBLES TITLES, INCLUDING BACK TO BACK AUSTRALIAN OPEN WINS IN 2003 AND 2004, AND THE FRENCH OPEN MIXED DOUBLES TITLE IN 2005. A 2-TIME DAVIS CUP CHAMPION, HE WON THE SINGLES TITLE HERE 18-YEARS-AGO, WHILE 2-YEARS EARLIER – HE REACHED THE FINAL IN BOTH SINGLES AND DOUBLES. FROM FRANCE, PLEASE WELCOME 2000 QATAR EXXONMOBIL OPEN CHAMPION – AND THE #1 COMMENTATOR FOR BEIN SPORTS FRANCE – THE MAGICIAN – FABRICE SANTORO.

THIS 26-YEAR-OLD OWNS 3 ATP WORLD TOUR SINGLES TITLES AND COMES INTO THE NEW YEAR AFTER A BREAKTHROUGH SEASON IN 2017. FIRST, HE REACHED HIS MAIDEN ATP-500 FINAL AT THE RIO OPEN, BROKE INTO THE TOP-20 WITH HIS FIRST CAREER MASTERS-1000 SEMIFINAL RUN AT INDIAN WELLS, WON THE TITLE IN ESTORIL, THEN REACHED HIS FIRST MAJOR QUARTERFINAL AT ROLAND GARROS; WHERE HE EARNED HIS FIRST CAREER WIN OVER A TOP-10 PLAYER – DEFEATING MILOS RAONIC IN THE ROUND OF 16. IN SEPTEMBER, HE ADVANCED TO HIS FIRST GRAND SLAM SEMIFINAL, BLASTING THROUGH THE US OPEN DRAW WITHOUT DROPPING A SET…AND BY YEAR’S END, MADE HIS DEBUT AT THE YEAR-END CHAMPIONSHIP ATP FINALS IN LONDON, STEPPING-IN AS AN ALTERNATE. HE STARTED 2017 AS THE #30 PLAYER IN THE WORLD…AND ENTERS 2018 WITH A CAREER-HIGH RANKING OF WORLD #10. COMPETING IN HIS 2ND QATAR EXXONMOBIL OPEN – FROM SPAIN, PLEASE WELCOME – PABLO CARRENO BUSTA 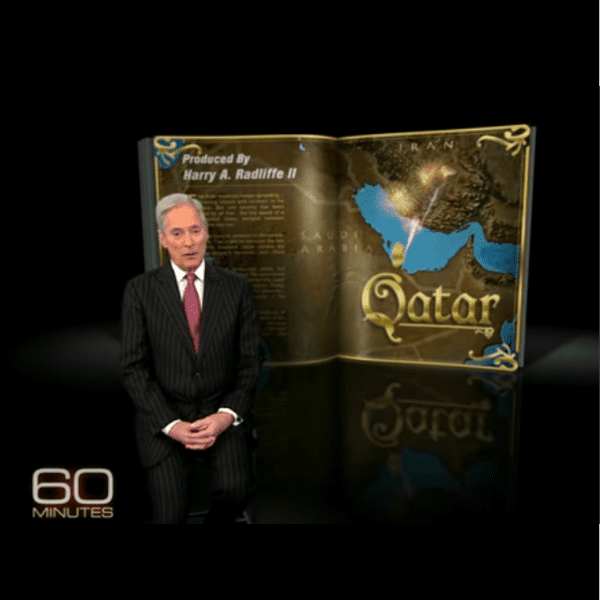 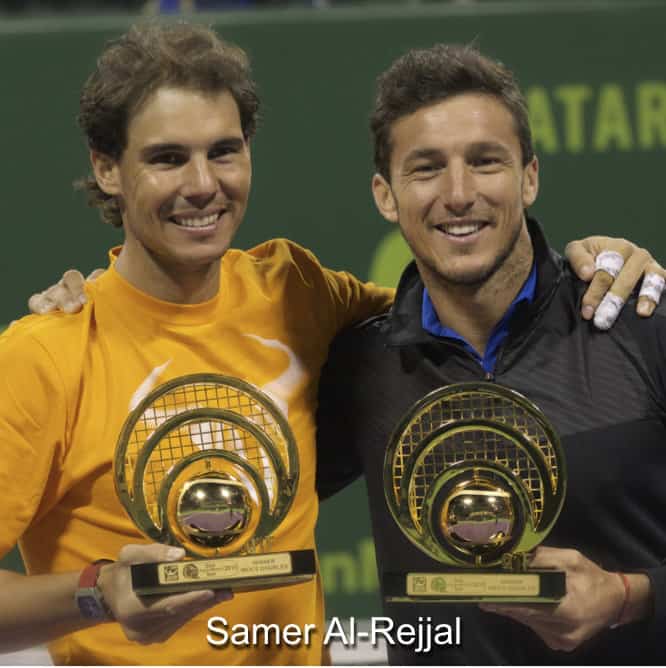