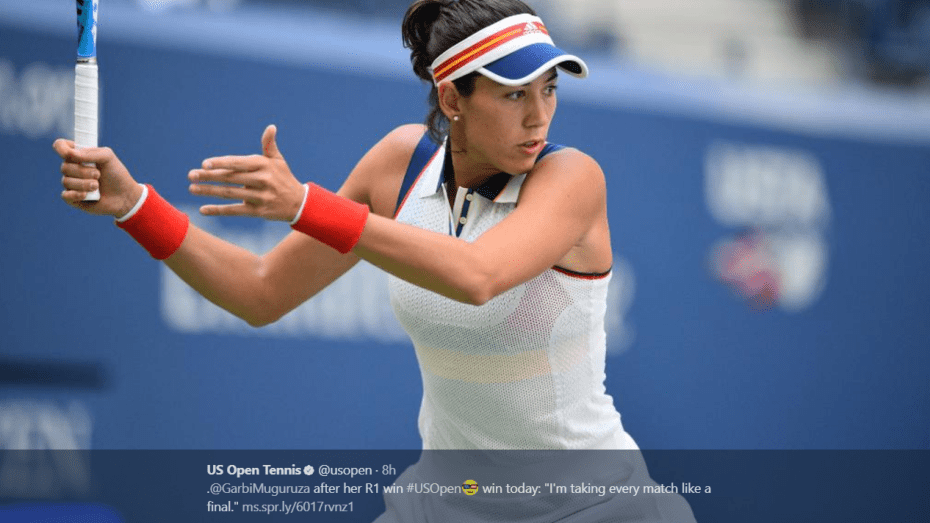 Emcee. Andy Taylor. The Voice of the US Open

The 2017 US Open started with a dominant first-set from World #3 and reigning Wimbledon champion Garbine Muguruza, as shadows evenly divided the court along the net-line in Arthur Ashe Stadium.

Lepchenko was stale, failing to get on the board until her first service game of set-2. Garbine earned her fourth break of the match to go up 4-2, hiccupped to hand it right back; then immediately upped the intensity, launching into Round-2 by winning eight consecutive points.

Muguruza won the Cincinnati title two weeks ago, is now 16-2 since the start of Wimbledon, and will face China’s Ying-Ying Duan on Wednesday.

The Open is still waking me up!