Here’s the commercial promoting Team USA’s first round Tie vs. Great Britain in San Diego. This is my 10th year as the Davis Cup announcer, and I can’t wait to see how we pull this off on clay in Petco Park. I worked my first Davis Cup Tie at Mohegan Sun in Connecticut back in 2004, where Andy Roddick, Robby Ginepri and the Bryan Brothers dominated Austria. The U.S. would go on to a lose a close Davis Cup Final in Spain that year.

It’s the “World Cup of Tennis!” – On January 31st, 32 nations around the world will host first-round play in the 2014 Quest for the Davis Cup…including the United States.

Last year in the First Round, the U.S. hosted Brazil in Jacksonville. After a tough 5-set loss from John Isner on Day-3, Sam Querrey clinched the Tie in the fifth and deciding rubber. Then in April, Team USA hosted again; this time in Boise against Team Serbia. Novak Djokovic easily picked apart both John Isner and Sam Querrey, while the Bryans lost a mind-blowing marathon, 13-15 in the fifth. Eliminated in the Quarterfinals, the U.S. was done for the year, but safe in the World Group for 2014. Team Serbia would go-on to defeat Canada in the Semifinals, then lose the Final to repeat champions Tomas Berdych and Radek Stepanek of Czech Republic.

Team Great Britain started last year in Group I, outside of the World Group. With a bye during the first-round, they then managed a 3-2 win (without Andy Murray) over Russia in the second-round. In September’s World Group Playoffs, Great Britain earned a spot in the 2014 World Group with a 4-1 win over Croatia. Andy Murray won all of his matches, including the doubles rubber with Colin Fleming. A week later, he went under the knife for minor back surgery and missed the remainder of the 2013 season.

January 31 – February 2, the U.S. will host first-round play again, this time in San Diego at Petco Park, home of the Padres. 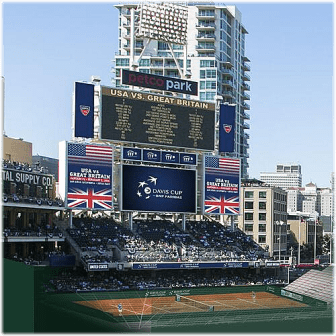 Captain Jim Courier chose CLAY for the Tie’s surface, an unusual strategy for Team USA with big servers like Isner and Querrey who prefer the hard court. But keep this in mind, with 2 Grand Slam titles and 26 ATP World Tour titles, Andy Murray hasn’t won a single one of those titles on clay. Last year, he skipped Roland Garros to prepare for his eventual Wimbledon Championship win on grass. Not to mention, John Isner has played some of his best Davis Cup matches on clay, including 2012’s clutch first-round win over Roger Federer in Switzerland. In 2013, one of John’s two titles came on clay at the US Men’s Clay Court Championship in Houston.

And keep this in mind – Bob and Mike Bryan won 11 titles together last year, appearing in 15 finals. Out of the five tournaments they played on clay, they won three of them, including Roland Garros. Their two loses came in finals: a 10-12 match tie-break in Houston and a 12-14 match tie-break in Monte Carlo. Five clay tournaments…five finals…three titles?! One can’t help but feel positive about Team USA’s odds on a slower surface against Great Britain.

Let’s talk about motivation: Bob and Mike have a Davis Cup record of 21-4 together since 2003. Last year, despite an incredible 70-13 record overall, they went 0-2 in Davis Cup play. As former Davis Cup champions, that obviously doesn’t sit well with them. They’ll be fired-up in San Diego to make doubles a “sure thing” for Team USA.

Round of 16. Rublev def Kukushkin 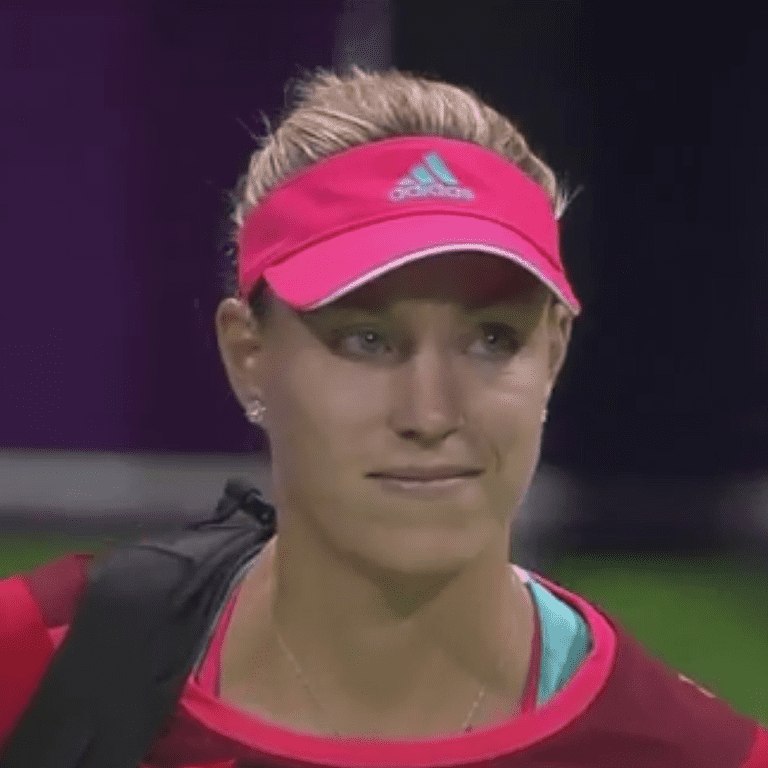