An 18-time Major Champion, Rafael Nadal knows the significance of weathering matches like tonight’s Quarterfinal. Dominant at ball-up, Nadal won the first 4-games of the match. But Diego broke back, earned a love hold, and flipped the table. Before you could blink, the two were back on serve.

It was messy. Both needed to find a way to overcome their demons. The fact that Nadal has been in 37 more Grand Slam Quarterfinals certainly helped. Experience landed the 3-time champ in his 8th career US Open Semifinal…and unlike last year – where he retired versus Del Potro – Nadal has avoided punishing 4-hour marathons along the way.

Now an 18-time Major Champion, this 33-year-old is one of the greatest to ever play the game. This June at Roland Garros, he again defended his title, becoming the first player to win a Grand Slam tournament 12-times – surpassing Margaret Court’s long-standing record of 11 Australian Open victories. A 2-time Olympic Gold Medalist and 4-time Davis Cup Champion – with his US Open Series victory in Montreal this Summer, he now owns a record 35 ATP Masters-1000 titles and 83 career Singles titles in all. And it was here in 2010, at just 24-years-old, he became only the 7th man in tennis history – and youngest in the Open era – to earn the career Grand Slam. Tonight, he’s competing in his 40th career Grand Slam Quarterfinal – His 9th here in New York. From Mallorca, Spain – Please welcome 3-time US Open Champion Rafael Nadal.

On Monday, he defeated World #6 Alexander Zverev to reach his 3rd career Grand Slam Quarterfinal. His first Major Quarterfinal ALSO came here in New York – 2-years-ago – when he upset former champion Marin Cilic en-route to the Final-8. Ranked as high as World #11, earlier this year he was a Finalist in both Singles and Doubles in Buenos Aires – reached his first Grand Slam Doubles Semifinal at Roland Garros – and last month, captured his 3rd ATP Tour Singles title in Los Cabos. A Davis Cup Semifinalist, he now owns 6 career victories over top-10 opponents, and is in pursuit of his first Grand Slam Semifinal. From Argentina – Please welcome Diego Schwartzman.

This was the 8th meeting between these two players, 4th at a Grand Slam. Rafael Nadal has won all of their previous matches. 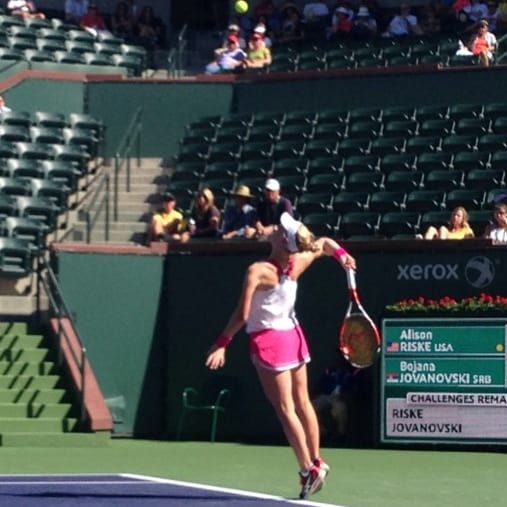 Indian Wells 2014: Have you seen the doubles draw?!