After Novak Djokovic’s come-back win over Jan-Lennard Struff Monday night, we raced over to the Four Seasons for the Player Dinner Gala, a celebration of the Qatar ExxonMobil Open’s 25th anniversary. Ultimately, the night was defined by Mentalist Oz Pearlman, who recently finished in the top-3 on America’s Got Talent. The dude is a stud. 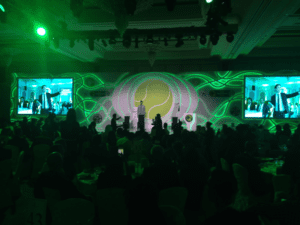 Sincerely, the guy’s show is the definition of “mind-blowing.” He owned the room, players and fans alike. After reading minds, and stunning the room with the help of Novak Djokovic, Andrey Kuznetsov, Novak’s fitness coach Gebhard Phil-Gritsch, Jeremy Chardy, Jo-Wilfried Tsonga and countless others, he stepped off the stage and performed exclusively for His Excellency Nassar bin Ghanim Al-Khelaifi, Andy Murray and the team of dignitaries at the head table. He’s the first performer I’ve seen at a Doha Player Party who received a spontaneous standing ovation after his act…perhaps he was manipulating our minds to make even that happen. He’s a talented must-see, should you ever have the opportunity.

We started the evening by recognizing two players in attendance who were part of the first Qatar ExxonMobil Open in 1993 – Younes El Aynaoui and Goran Ivanisevic. The QTF’s Nassar Al-Khelaifi and Alistair Routledge of ExxonMobil presented their opening remarks, then in celebration of the event’s 25th anniversary, we honored a former head coach with the Qatar Tennis Federation, Michael Reyes, for his years of service. Andy Murray presented him with a trophy and gift, recognizing his contributions to the sport of tennis in Qatar.

And as always, we capped the night with a quick round of trivia, giving everyone an opportunity to win one of three iPhone 6S’s courtesy of the Qatar Tennis Federation. Here are this year’s questions…let’s see how well you do:

What was the original shape of the classic tennis court?

Which player holds the record for the most aces in a match?

Who has played in the most consecutive singles finals in Qatar ExxonMobil Open history? 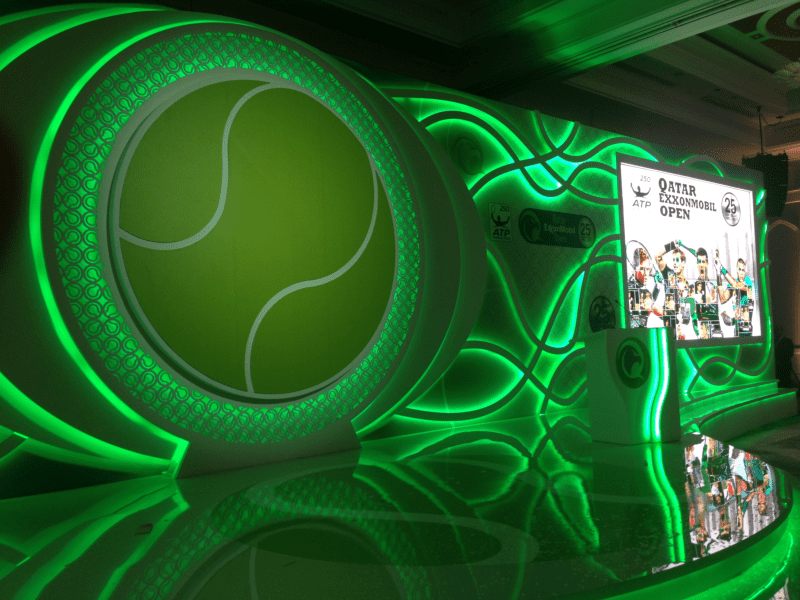 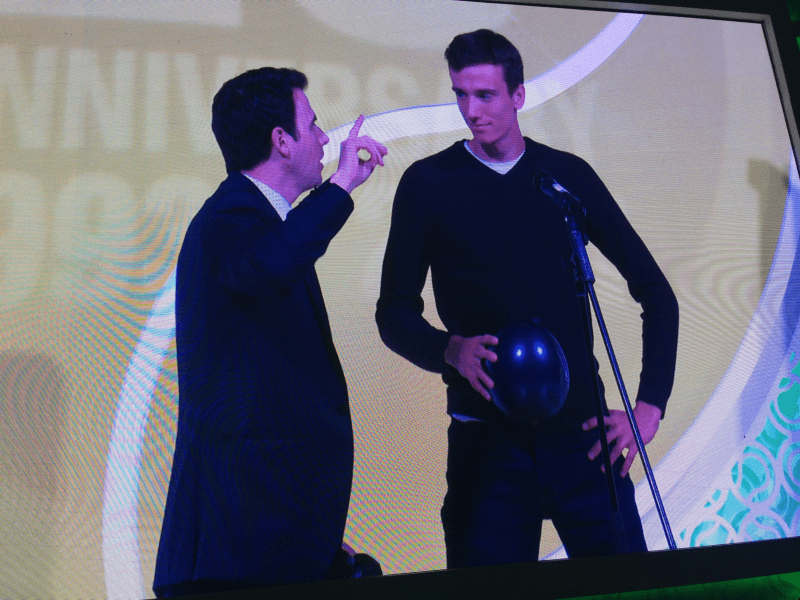 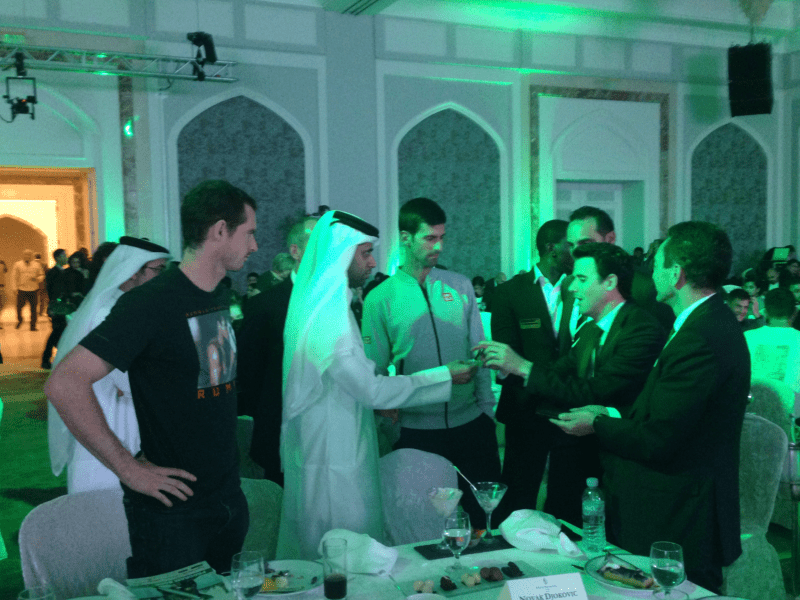 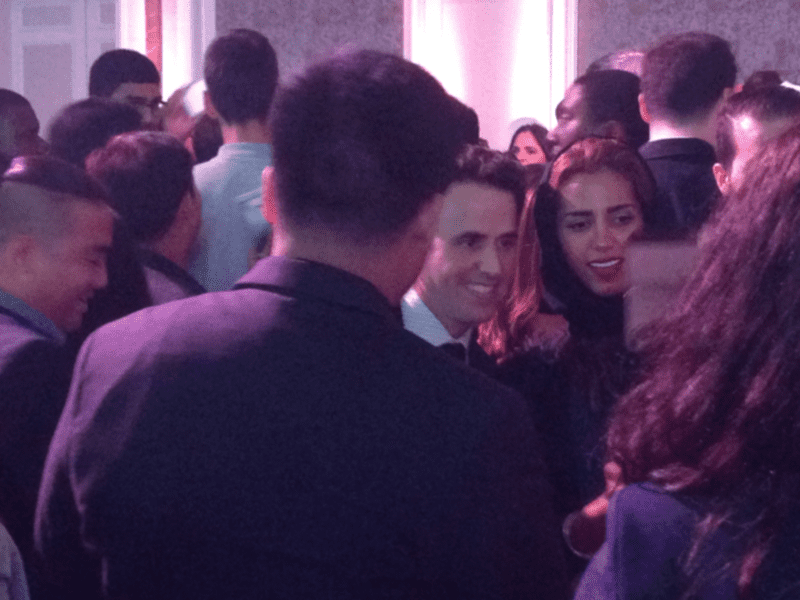 c. John Isner: He served 113 aces in his historic win over Nicolas Mahut at the 2010 Wimbledon Championship.

There you go, hope you did well. It was a late night for players and fans, as we rolled out around 11:00, but Tuesday’s Round-1 play doesn’t start until 3:30. Center Court will feature two tough first-rounders for Jo-Wilfied Tsonga and Andy Murray. Tsonga drew Andrey Kuznetsov while Murray drew Jeremy Chardy. 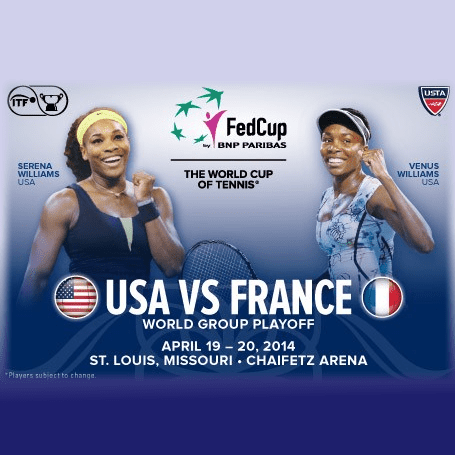