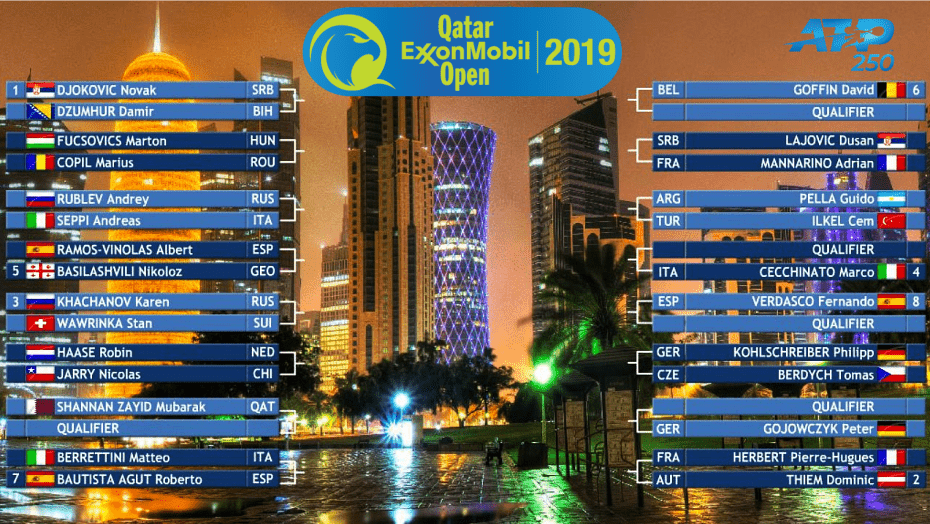 After Lars anchored the top two seeds at the top and bottom of the draw – Novak Djokovic (2-time champion) and Dominic Thiem (2018 Semifinalist) – some very intriguing 1st-Round clashes began to take shape:

If Stan is healthy, this promises to be one of the most dynamic 1st-Round matches Doha has seen in years. A 3-time Major champion, Stan is a big match player who always ups his game when the stakes are high. After a 2-month off-season – in his long and winding return from a pair of knee surgeries in 2017 – Wawrinka should be jacked to get a shot at one of the hottest young talents on tour in match-1 of the new season.

Karen Khachanov is the next big thing. Sratch that. He’s big stuff already. Last season, he started the year ranked just inside the top-50. He finished the season by capturing his first Masters title in Paris, defeating four top-10 players to earn the title:

He has the attention of the best in the game – after epic battles like his Round-3, 4-hour and 23-minute street-fight with Rafael Nadal at the US Open – and comes into Doha with a career-high ranking of World #11.

Tomas Berdych is ready to test his recovery. He missed the last five months of 2018 with a back injury, and has slipped to World #71. Considering his successful history here in Doha, receiving a Wild Card for this year’s tournament came as no surprise:

The draw wasn’t kind to the 2-time Davis Cup Champ from the Czech Republic. He’ll face the relentless Philipp Kohlschreiber who, at 35-years-old, is still picking-off some of the biggest names in the sport. Case in point – his 24th career top-10 victory at last year’s US Open, where he dismantled World #4 Alexander Zverev to reach the Round of 16.

This is the 11th meeting between these two players. Berdych has won eight of their previous matches, dating back to 2005. Many of those matches went the distance, packed with tiebreaks. But this 1st-Rounder will focus mostly on Berdych’s match readiness after a long recovery.

It’s always a tough ask for local talent – receiving a Wild Card into the main-draw of an ATP Tour-level event. An opportunity to take on the best in the game. Two of Mubarak’s Davis Cup teammates received Wild Card positions in the qualifying draw, and both earned only a single game against their opponents.

This will be Mubarak’s third main-draw Wild Card appearance. In 2016, he won a pair of games off Jeremy Chardy -31- (FRA). And in 2017, picked-up four games against Karen Khachanov -53- (RUS). This week, he’ll either face a qualifier who’s already endured two matches over the weekend, or this year’s “lucky loser **.” It’s his best chance yet to impress local fans at his home top-tier event.

** Due to injury, Feliciano Lopez was forced to withdraw last minute, opening up a lucky loser position in the draw Just 2-months ago, he played the tournament of his life in Basel, Switzerland. At the time, he was ranked #93 in the world, had to win a pair of qualifying matches, and then – during main-draw play – earned his first two career top-10 victories, defeating World #6 Marin Cilic and World #5 Alexander Zverev en route to the championship match, where he faced defending champ and Basel Royalty, Roger Federer. While he fell in the title match, the experience capped a tremendous season that saw him reach his first two ATP Singles Finals and climb to a career-high ranking of World #57. From Romania, meet Marius Copil.

This Frenchman is a Davis Cup Champion. He won his 3rd Grand Slam Doubles title last year at Roland Garros, and reached the Doubles championship match in his 4th consecutive appearance at the year-end ATP Finals. Last year was a career best season in SINGLES, as well – where he reached his 2nd career Singles Final in SHezhen and climbed to a career-high ranking of World #50. Making his Doha debut, this is Pierre-Hugues Herbert.

From the Netherlands, making his 3rd Doha appearance – He owns 2 ATP Singles titles, 13 Challenger titles and has been ranked as high as World #33. A Grand Slam Doubles Finalist at the 2013 Australian Open – Last year, he won 3 of his 5 career ATP Doubles titles, and over the Summer, earned his 7th career victory over a top-10 opponent, defeating World #4 Sascha Zverev at the ATP Masters event in Cincinnati. Always entertaining to watch, here is Robin Haase.

His 2018 was the definition of a breakthrough season. he started the year ranked outside the top-100, with only 4 ATP Tour-lvel victories to his name. But on the clay, he captured his first two ATP Singles titles. And at the French Open, defeated both World #9 David Goffin and 2016 Champion Novak Djokovic to become the first Italian man to reach a Grand Slam Semifinal in 40-years. He starts the New Year as the World #20 – 89 ranking-points higher than this time last year. That is momentum. This…is Marco Cecchinato.

For nearly 30-years, this Swedish Marine chaired premier matches at the pinnacle of the sport, including the 5-hour, 2009 Wimbledon Final between Andy Roddick and Roger Federer. His deep baritone, commitment to excellence and stoic poker face earned him tremendous respect from both players and fans, in a career that spanned over 7000-matches. A respect that has followed him to the ATP Tour’s front office. 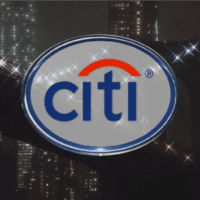