Draw Ceremonies are best when they’re loose and quick…especially when there’s only a field of 32. Saturday night’s Draw at the Four Seasons Doha delivered on both. As always, special guests Julia Görges, Barbora Strycova and Fatma Al-Nabhani were great with the media. Tournament Supervisor Tony Cho rifled through player selection with efficiency and clarity, and the ceremony itself concluded in under 20-minutes. Victory.

Fun twist: Two of our special guests were selected to play each other. As they did in 2017, Oman’s most successful talent Fatma Al-Nabhani will face Barbora Strycova in Round-1. Back then, Strycova was the World #17 and earned a quick win 63 60. She then fell to Sam Stosur in the Round of 16, but made a run to the Doubles Semifinals with partner Sania Mirza.

This week, Barbora comes into Doha as the World #49. She’s top-5 in Doubles and just reached the Semifinals in Melbourne with Marketa Vondrousova. Originally, Strycova was scheduled to play Qualifying in Doha, but thanks to World #18 Qiang Wang’s withdrawal, she was spared the weekend grind.

Other interesting Round-1 clashes…

This one’s ripe thanks to Fed Cup. Ashleigh Barty is currently in Asheville, North Carolina representing Australia. Just to get here, she’s looking at a 19-hour itinerary (at least) – she’ll have to connect in the States before the long-haul on Qatar Airways. Factor-in the 8-hour time difference and this becomes a travel agent’s worst nightmare.

You see, Ashleigh is scheduled to play Madison Keys at 1:00p on Sunday (that’s 9:00p in Doha). If the 1st-Round Tie comes down to a deciding doubles rubber, there’s a very real chance play won’t conclude until 6:00p (2:00a in Doha). She’ll have to race to the nearest airport – most likely Charlotte – and then connect through New York or Boston. If she makes that flight, that’ll get her into Hamad International around 6:00p on Monday night. If she MISSES that flight, then she won’t arrive until Tuesday evening, and will be forced to play the final match Tuesday night. Ouch.

Needless to say, this is an opportunity for World #36 Petra Martic. First, she gets an extra day to prepare knowing she won’t play until Tuesday. Plus, she’ll face a jet-lagged top-15 opponent. The two played for the first time last March in Miami’s 3rd-Round. Barty won that match 64 63.

** NOTE: Both withdrew from the 2019 Qatar Total Open before main draw play began

10th meeting between these two talents, and they’ve played some big ones. Görges has won five of their previous matches, including a Semifinal victory in Charleston last April. In 2017, Sevastova beat Görges in Mallorca to capture her first WTA Singles title in 7-years. Many tiebreaks and tight sets in their back-and-forth history. Here’s a look at their three matches last year:

** NOTE: Julia Görges moved to Asheligh Barty’s position in the draw. Both Görges and Sevsatova faced a Qualifier in Round-1

These two put on a show last month in Sydney’s 1st-Round. Siniakova won a pair of qualifiers, then dug-in against Mertens, the World #12 at the time. After losing set-1 in a tiebreak, Siniakova came back in the second to force a decider, but faded in the third.

No qualifying this week for Katarina. Thanks to Madison Keys’ withdrawal, Siniakova picked up a direct entry into the main draw. With the experience gained last month against Elise, she’s eyeing an upset.

Mertens meanwhile has seen her ranking slip over the past several weeks. Last year, she was on fire: 3 Singles titles, 3 Doubles titles, a Semifinal run at the Australian Open, and her first appearance in the WTA Elite Trophy. This year, she’s struggled against the top-20 with losses to Kiki Bertens -09- in Brisbane’s 1st-Round, Ashleigh Barty -15- in Sydney’s Quarterfinals, and Madison Keys -17- in the 3rd-Round of the Australian Open.

She’s become a regular at our Draw Ceremonies, which is understandable – this year marks her 11th Qatar Total Open. She made her Doha debut in 2007 as a Qualifying Wild Card. 12 years later, she now owns 10 ITF Singles titles, 13 Doubles titles – and last March in Bahrain, reached her 41st career Doubles Final. The Singles Gold Medalist at the 2011 Arab Games Doha, say hello to Oman’s most-successful player, Fatma Al Nabhani

Making her 6th Qatar Total Open Appearance, she is an Olympic Bronze Medalist, has led the Czech Republic to an unheard-of SIX Fed Cup titles in the past eight years, and has been ranked as high as World #16. Last month in Melbourne, she reached her 5th career Grand SLam Doubles Semifinal at the Australian Open – and comes into this year’s tournment with a career-high doubles ranking of #5 in the World. In fact, 2-years-ago, she was a Doubles Semifinalist here in Doha with partner Sania Mirza, and now owns 23 WTA doubles titles in 50 career finals. From the Czech Republic – please welcome a fiery competitor who’s always a blast to see live, Barbora Strycova.

The #7-seed at this year’s Qatar Total Open – 12-years-ago, she made her Doha debut as an 18-year-old Qualifying Wild Card. At the time, she was ranked outside the top-400, won all of her qualifying matches, and earned her first WTA main-draw victory to reach the 2nd-Round. Fast forward 11-years to last February – she came into Doha as a top-10 player for the first time, had her best Doha run to the Quarterfinals; then went on to reach her first Major Semifinal at Wimbledon, and climbed to a career-high ranking of World #9. This year, she started the season by defending her title in Auckland – and now owns 7 WTA Singles titles overall. From Germany, this is the World #16, Julia Görges.

For the past 13-years, he’s become a fixture and friend to both the WTA Players and Tournament Directors around the world. We’re thankful to have his expertise again for the Qatar Total Open. 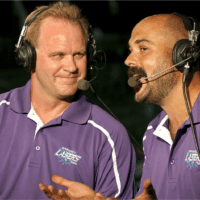