His Doha run last year was the spark the German needed, fueling his belief that – even in his 30’s – he could hang with the game’s elite on the sport’s biggest stages.

Today, he let himself down in game-1 – but responded brilliantly against one of the toughest, most physical opponents on the PSA World Tour, “Superman” Paul Coll. Germany’s top-talent is back in the Qatar Classic Semifinals, where last year’s confidence-boost transformed his career trajectory.

Announcer Corner | How big is this victory for Rösner? Consider his history with Coll.

Since 2016, this was the 5th Tour-level meeting between Paul Coll and Simon Rösner. All four of their previous matches went an hour, or much longer. Before today, each won two of those battles – Simon Rösner in the 1st-Round of the 2016 and 17 Grasshopper Cup; Paul Coll at the 2017 Canary Wharf Classic and last month in the Semifinals of the China Open in Shanghai.

Tonight, this 11-time German Nationals Champion and World Games Gold Medalist is competing in his 7th consecutive Platinum-level Quarterfinal, and 29th of his career. Earlier this month, with wins over Miguel Angel Rodriguez and Ali Farag, he reached his second Platinum Final at the US Open in Philadelphia. Last season, he enjoyed one of the most successful years of his career…and it all started right here in Doha.

At the 2017 Qatar Classic, he reached Semifinals of a Platinum event for the first time; and just 2-months later, captured his first Platinum Title at the Tournament of Champions in New York. By June, he climbed to a career-high ranking of World #5, and qualified for the PSA World Tour Finals for a 5th time, where he finished as a Semifinalist for the 2nd year in a row.

This season started with a Semifinal run in Shanghai, then he led his hometown Paderborn to a record 9th title at the European Club Championship, before battling through to the championship match at the US Open. Competing in his 8th Qatar Classic Squash Championship – From Germany, please welcome 2017 Semifinalist and the #5 Player in the World – The German Tree Chopper – Simon Rösner.

Tonight, this 26-year-old, 4-time New Zealand Nationals champion is competing in his 3rd consecutive Platinum Quarterfinal. Earlier this month at the US Open, he reached the Semifinals of a Platinum event for the first time, defeating World #4 Tarek Momen in the Quarters, earning the victory in a 5th game tiebreak.

He’s back in Doha with a career-high ranking of World #8, and started the new season in September by reaching his 16th career Tour-level Final at the China Open in Shanghai. Last December, he earned a career-best run at the World Championship, making his debut appearance in the Final-8 of the sport’s most-prestigious event. 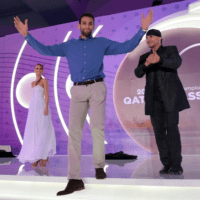 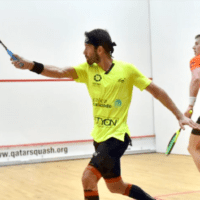 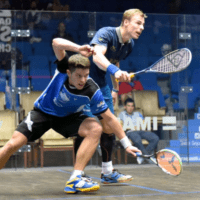 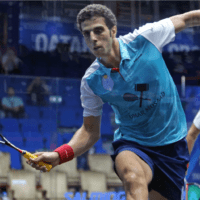 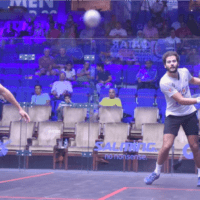 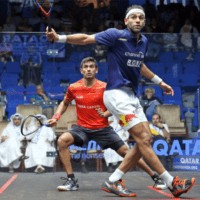