* From a weary independent

Narcissism is a mental illness, not a personality trait. It’s dangerous, and deadly. Those who suffer from it inevitably fall hard, but not before bringing down everything in their path.

Using another’s Narcissistic Personality Disorder as a tool — and make no mistake, Donald J. Trump’s mental illness is being masterfully manipulated by political craftsmen and world leaders — is reckless.

When you enable another’s clinical narcissism to achieve your own individual goals, it’s equivalent to “helping” an opioid addict by giving them higher doses of OxyContin.

It provides a short term “fix,” sparing the addict and everyone in his orbit from dealing with the inconvenience of punishing opioid withdrawal. But in the end, this enabling compounds addiction. It strengthens the illness.

It kills the addict.

Withdrawal. The Only Option.

In order for an addict to survive, the effects of withdrawal cannot be avoided. Withdrawal must be faced head on. It’s unpleasant. Unsightly. Soaked in physical pain, shame and embarrassment. However, withdrawal is the only resort. It is the solitary path to recovery. There is no other way to escape certain death.

Opioid addiction and Narcissistic Personality Disorder are cut from the same cloth. When you enable a mental illness – like with addiction, you strengthen the illness’ grip, embolden its power, and invite impending devastation.

Numerous factions of a revered American political party continue to achieve short term political gains by enabling and manipulating the mental illness of another human being. Some would argue that’s nothing new.

What IS new, is the fact that other world leaders have effectively deployed the same strategy to great affect. And that is a dangerous new reality.

Like with opioid addiction, the withdrawal symptoms of Narcissistic Personality Disorder are horrific and humiliating – not just for the mentally ill, but for everyone who has enabled the illness. Enablers are complicit in the end game…and enabling another’s mental illness never ends well.

To recover – to survive – withdrawal is a mandatory endure.

Withdrawal is impeachment. Time is of the essence. 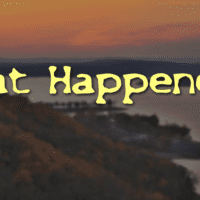 Missing the Rural America I Know and Love