Last year, Coco Vandeweghe fell in three to Naomi Osaki in the first round. Aside from winning the Junior US Open Title in 2008, she’s never played well in Flushing. On Thursday night, after 10-years, she is finally past the 2nd-Round.

Her 2nd-Round opponent, Ons Jabeur of Tunisia deserves a ton of respect. This May at Roland Garros, Jabeur became the first Arab woman in tennis history to reach the 3rd-Round of Major. She earned her first top-10 win to get there, defeating Dominika Cibulkova. It just wasn’t meant to be in New York.

The first set featured clutch moments for both:

In the second, it was one-way traffic. Coco broke right out of the gate, then again after the second changeover. Before you knew it, Coco had won four consecutive games and ESPN’s Tom Rinaldi was asking her ridiculous questions about trash-talking the Knicks.

Coco’s got a tought test ahead: Agnieszka Radwanska. The Ninja has beaten her in five of six matches, most-recently in Toronto’s 1st-Round a few weeks back. Coco will have to muster the mojo that propelled her past Kerber and Muguruza in Melbourne if she expects to power through to the Semifinals like she did at the Australian Open. 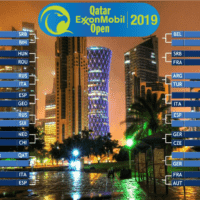