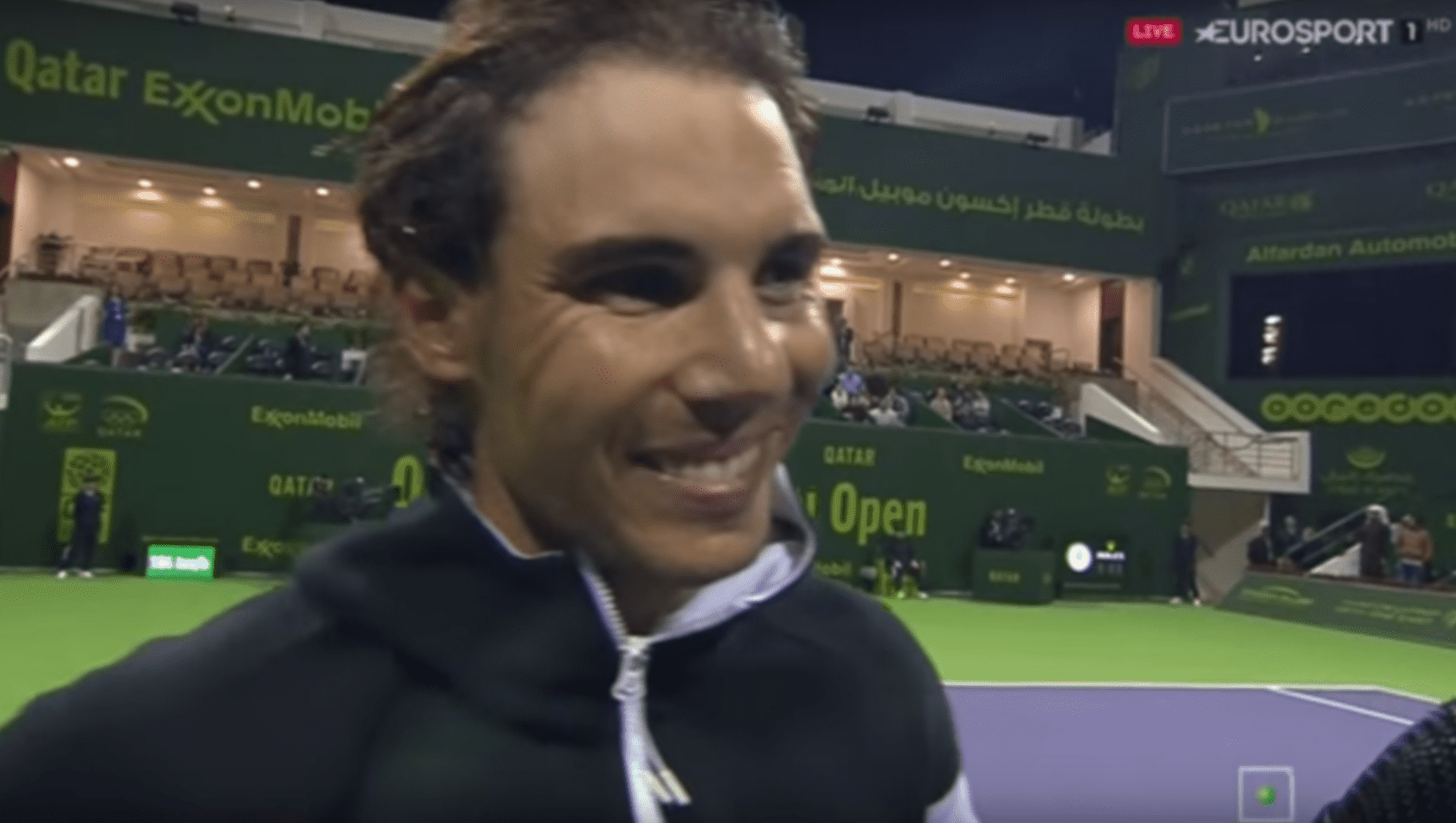 Day-2 of the Qatar ExxonMobil Open saw two seeds fall early, including defending champion, David Ferrer. David was playing exceptional tennis across the Gulf with the season’s opening exhibition in Abu Dhabi. In perfect weather, he dominated Tsonga, lost a squeeker to Nadal, then defeated Stan Wawrinka 10-8 in a match tie-break. Coming into the first official event of 2016, he had the reps, he had the confidence of being defending champ, he was ready for everything…or so we thought.

Over the weekend, conditions changed in this part of the world. Strong northwest winds plunged temperatures and rattled routines. Dustin Brown told me during qualifying, he felt at times like an 80-year-old man on court, just tapping-in second serves, focused solely on getting the ball into play. Practices were challenging. Fans, cameramen, chair umpires and MC’s were freezing. Unpredictable Doha was delivering on its reputation.

Here on center court, we started Day-2 with last year’s finalist Tomas Berdych and Sergiy Stakhovsky. In the first set, Berdych went up an early break, but handed it back before the first sit-down with a double-fault. He’d pull it together and deliver a solid 7-5, 6-4 win over the Ukrainian, and will face the young Bosnian Damir Dzumhur in Round-2 tomorrow night. In our post match interview, I asked Tomas to give me his favorite highlight of 2015…he said “the win over Nadal to reach the Australian Open semifinals.” BUT – when I waved my wedding ring in the air off camera – he conceeded that there were two ultimate highlights: the win over Nadal and his wedding. Just trying to help a brother out. Ester was watching. 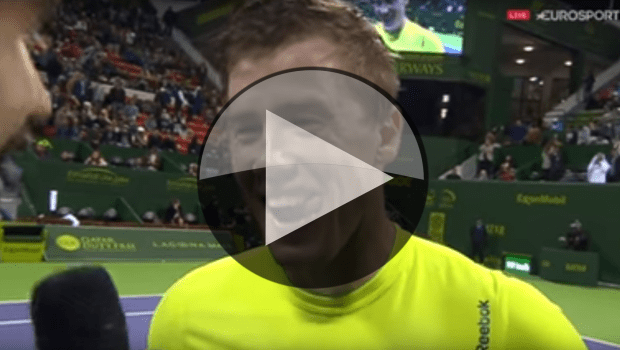 Match-2 featured Ferrer’s upset and Illya Marchenko’s first-ever win over a top-10 player. It was actually a great match. Marchenko was up a break in the first, but fell in the tiebreak (8-10). In the second, Illya jumped out to a 3-0 lead and emphatically leveled the match with an ace on set-point. In the third, Marchenko broke at 1-all, then broke again to go up 4-1. In a nervy finish featuring three double-faults, Illya served out the match. Before tonight, he’d never won a set off of a top-10 player. Tomorrow, he faces Teymuraz Gabashvili in the first match on Court-1. 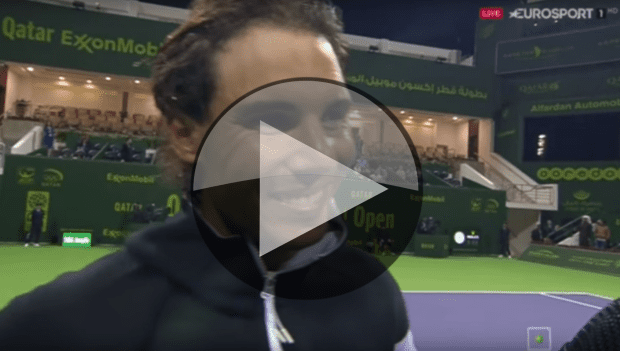 The day’s third match saw 2014 Champion Rafael Nadal survive an inspired Pablo Carreno Busta to score his first offical win of 2016. In the first set, the two held to the tie-break – where Pablo fell behind early 0-2. He then rattled off six consecutive points and earned the set on his racquet (7-5). In the second, Rafa stepped-up the intensity, broke at 1-all, then broke again to force the decider. Nadal wins: 6-7(5), 6-3, 6-1. In the post match interview, Rafa talked about how impressed he was with PCB’s attack and the progression of his game. Ultimately, though – as a good friend – he most values Pablo’s character and the fact that he’s a good person. In the press, Rafa discussed how difficult it has been to train in the wind after a beautiful week in Abu Dhabi: “Its good weather to play tennis, but when there is wind, things change, no? So I think if the two previous days we’ll have the conditions of today and I was able to practice with normal conditions, I think i would have arrived to the beginning of the match with a little more confidence in terms of the ball feeling. But having the crazy wind we had the last two days I couldn’t practice well…You can see David had a tough day today, too. So the conditions are not easy…”

After two long three-setters, Center Court’s final match with Fernando Verdasco and Malek Jaziri started late…a tough reality, seeing as the winner would face Novak Djokovic in less than 24-hours. After two grueling tie-break sets, at nearly 12:30am, Verdasco would breathe a sigh of relief, wish the world a Happy New Year, then scramble to recover for his chance to take-down the World #1. 2014 Week-5: Davis Cup and a pair of Russian Champions