2015 would become Novak’s most prolific season, earning 11 titles – including 3 Grand Slams, 6 Masters-1000 trophies and the year-end ATP Finals, cementing his position as the World #1.

On the ladies side, Romania’s Simona Halep won the biggest title of her career, defeating 2010 Indian Wells Champion Jelena Jankovic in the final. It was Simona’s third title of the year; clearly the top player on tour…behind Serena Williams.

The dream-team of Sania Mirza and Martina Hingis paired for the first time and captured the title on the ladies side, defeating 2013 champions Ekaterina Makarova and Elena Vesnina. 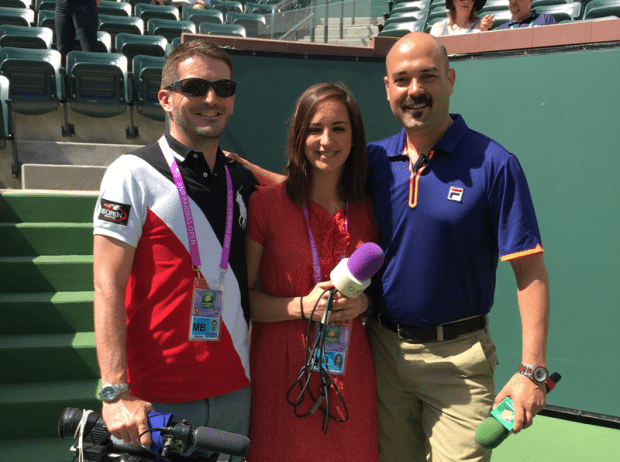 It was the second Indian Wells title for both. Sania won it all in 2011 with Elena Vesnina, while Martina earned the title in 2007 with Anna Kournikova.

Lesia Tsurenko’s Round of 16 upset of Genie Bouchard 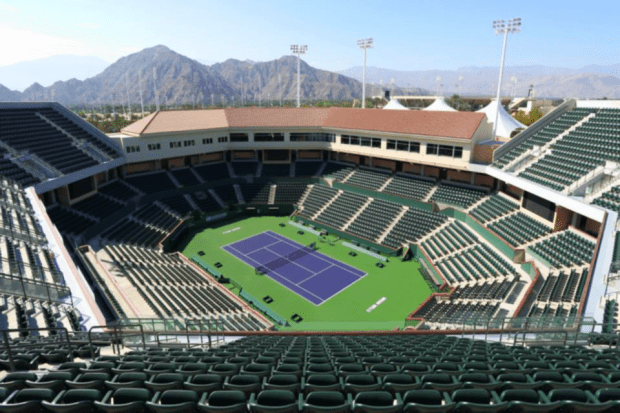 Stadium 2 at Indian Wells. The best understudy in tennis

Perhaps 2015 will most be remembered for Serena Williams emotional return to the Indian Wells Tennis Garden, ending a 14-year boycott of the event after an ugly scene during the 2001 final.

The day prior, Venus Williams withdrew from her semifinal match with sister Serena – just four minutes prior to the match. Speculation among pundits and fans was that the two simply didn’t want to face each other, that there was no injury…angering ticket-holders who packed the stadium to witness the new American phenoms.

The next day, during Serena’s championship win over Kim Clijsters, Venus and their father Richard were booed as they made their way to their seats. Boos were heard throughout the match and during the trophy ceremony, as well.

Venus and Serena vowed never to return; but after writing a column on forgiveness in February 2015’s TIME magazine, Serena announced her return to the Premier Mandatory event and was welcomed by a standing ovation upon her return. Unfortunately, she had to retire prior to her semifinal match with Simona Halep due to a knee injury.

Indian Wells: Day 1. And so it begins…Announcer/Emcee, Indian Wells, Tennis