2008 Doha Finalist Stan Wawrinka and World #11 Karen Khachanov were doubles partners this week in Doha. It didn’t last long. They were eliminated on Day-1 by David Goffin and Pierre-Hugues Herbert 75 63.

After Saturday’s Draw Ceremony, this was the one 1st-Round clash screaming with intrigue.

The 22-year-old Russian – who 2-months prior knocked-off Novak Djokovic in Paris to win his first Masters title – versus a battle-tested, 3-time Major Champion who spent most of last season getting acclimated to a surgically enhanced knee. A rested veteran who often hears the phrase “Big Match” uttered before his first name, up-against one of the hottest players on Tour.

As he’s done time and again, Stan embraced the “bigness” of the moment and lived up to the “Big Match Stan” moniker. Back in September, Wawrinka upset Khachanov in St. Petersburg’s 2nd-Round 76(10) 76(1). In Stan’s 2019 debut, he did it again. 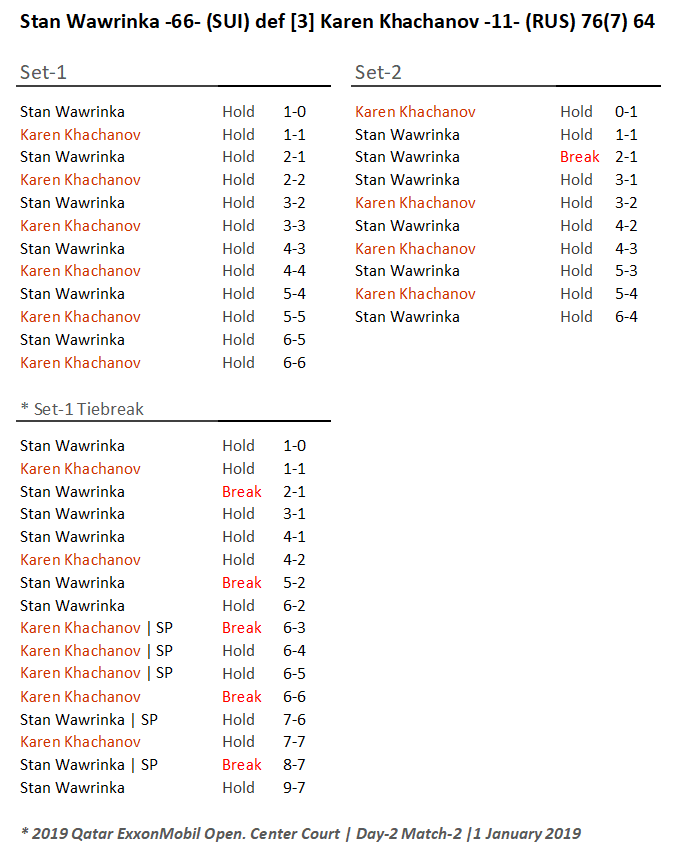 This 3-time Grand Slam Champion is back in Doha for the first time since 2008 – when as a 36th-ranked 22-year-old, he defeated World #18 Ivan Ljubicic to reach the championship match. He now owns 16 ATP Singles titles in 28 career Finals, and owns four career victories over the World #1. In 2014, he defeated Rafael Nadal to win his first Major at the Australian Open. He defeated World #1 Novak Djokovic to win his next two Slams at Roland Garros and the US Open. And in 2017, he took-out top-ranked Andy Murray to reach the French Open Final for a second time. He’s a Davis Cup Champion, an Olympic Doubles Gold Medalist, and has been ranked as high as World #3. Back in Doha for the first time in 11-years, from Switzerland – please welcome Stan Wawrinka.

In November, this 22-year-old capped a career-best season by capturing his first ATP Masters title in Paris, defeating four top-10 players to earn the title. He took-out World #9 John Isner, World #5 Sascha Zverev, World #8 Dominic Thiem, then Novak Djokovic in the Championship match. He started 2018 ranked just inside the top-50, captured titles in Marseille and Moscow, reached the Round of 16 at both Roland Garros and Wimbledon; and with the Masters win in Paris, ended the season with a career-high ranking of World #11. Now a 4-time Singles champion, he comes into his second Qatar ExxonMobil Open as the #3-seed (As the World #53, he reached the Round of 16 in 2017). From Russia, please welcome Karen Khachanov. 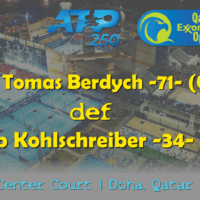 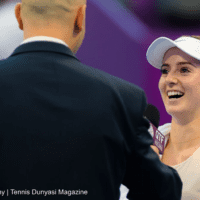