Good fortune. You have to recognize and acknowledge when it happens; and sincerely thank those who provided the opportunity…

It’s no wonder Rafael Nadal’s first embrace after winning the BNP Paribas Open was with tournament owner and Oracle founder Larry Ellison. Sure, Rafa had just proven to himself and the tennis world that he was back, competitive as ever, regardless of surface – but he also recognized the significance of the moment for the BNP Paribas Open and the future of other tournaments on the ATP World Tour.

Over the past year, other tournament owners on the ATP board used their votes to block Ellison’s request to give the players a $1.6 million increase in prize money. Players were outraged. Finally, just weeks before this year’s tournament, the head of the ATP cast the deciding vote between players and tournament owners, allowing the increase. Both Rafael Nadal and Maria Sharapova will each cash victory checks totaling $1-million.

You see, for the past few years, players have been discussing the idea of shortening Indian Wells so that they could play more tournaments and potentially increase earnings. Rather than cave to player concern, the BNP Paribas Open instead upped the ante by proposing a bump in prize money. As the tournament’s CEO Raymond Moore put it: “We changed the conversation…[It] is no longer about Indian Wells reducing the number of days. It’s ‘Why aren’t all the other tournaments like Indian Wells?’”

The other tournaments now fear that they won’t be able to “keep up with the Ellisons” when it comes to attracting players through hefty purses. Ask Raymond Moore, and he’ll tell you many of those tournaments are just being cheap: “I can name eight other tournaments off the top off my head who have the financial ability to increase the prize money if they wanted to…they just choose not to.”

Competition. Larry Ellison didn’t become the 5th richest human alive by cowering from it, and Rafael Nadal hasn’t become one of the most remarkable athletes in the world by running the other way. Successful people crave a competitive arena and strong opponents, because they always have something to prove…to themselves.

At the risk of sounding like a condescending moonshiner…it is time for the other tournament owners to man-up. Juan Martin del Potro was playing his best tennis in years at the BNP Paribas Open, yet he has now lost five consecutive matches to Rafael Nadal. He hasn’t beaten Rafa since the semifinals of the 2009 US Open.

Not once has Juan Martin del Potro requested that the ATP bar Nadal from tournments that he too has entered. Not once has del Potro tried to block Rafa from reinvesting in his future through hiring top-trainers, therapists and tendon experts to treat his injury. A true competitor, Delpo knows by competing against a healthy Rafael Nadal playing in top-form – win or lose – he will only benefit and improve by trading top-spin with the best.

Perhaps its time for other tournament owners to learn a lesson from the product that provides their profits (the players). Crave competition. Embrace the challenge. Grow your purse, reinvest in your venue (Indian Wells is building a new 8-thousand seat Stadium-2 for the 2014 BNP Paribas Open), over-deliver on fan-expectation and always build on success. Know that accepting competition and focusing on growth will improve your event and heighten your status in the schedule.

After this year’s BNP Paribas Open, meet Larry Ellison at the net, and while patting him on the back, whisper: “Great tournament, you deserve this victory. Just wait until next time…”

I am not a tennis industry insider – just an independent business owner who is thankful for competition, lucky enough to work a few tournaments and tennis events each year, and beyond impressed with my first experience at Indian Wells Tennis Garden. 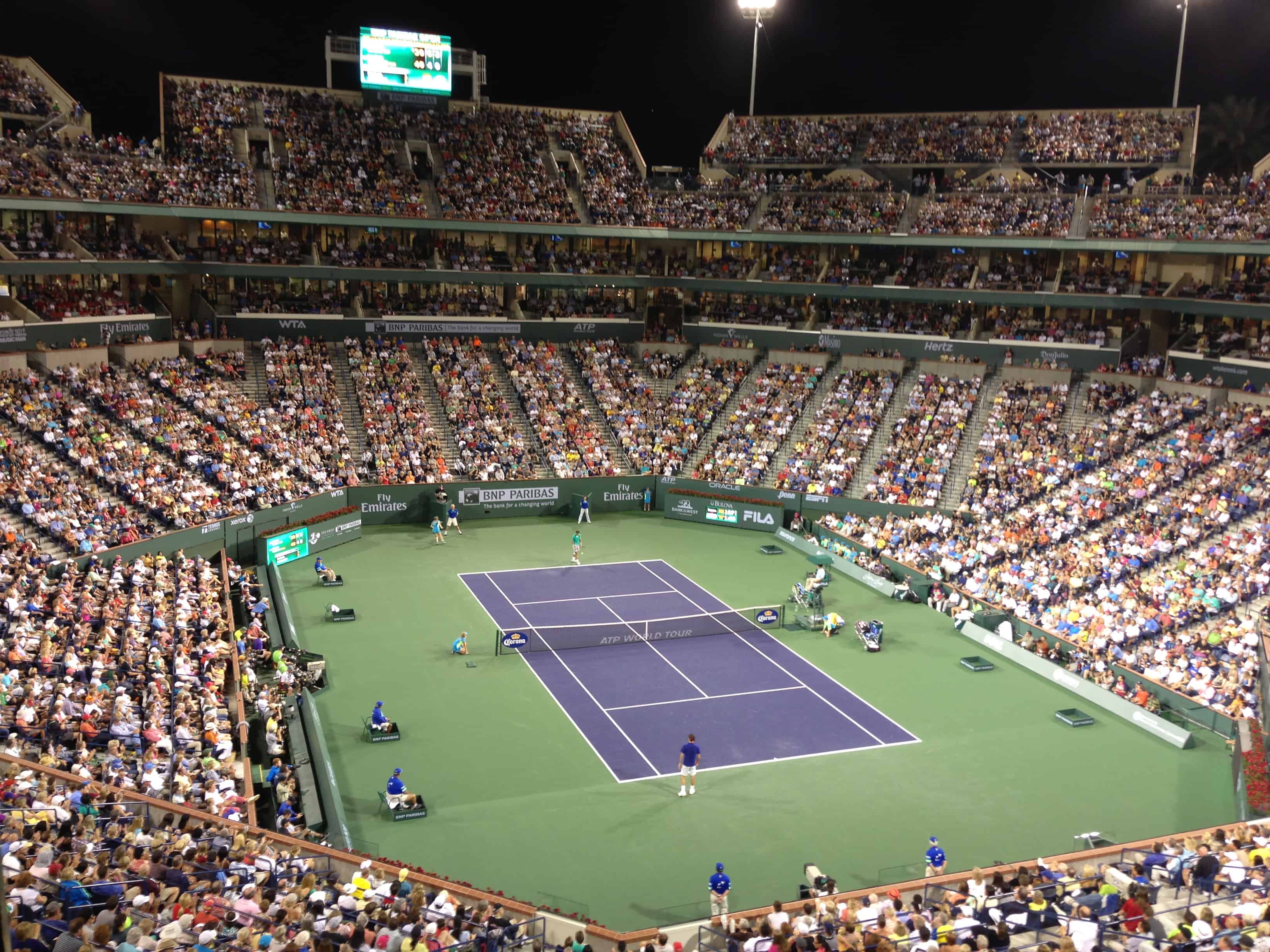 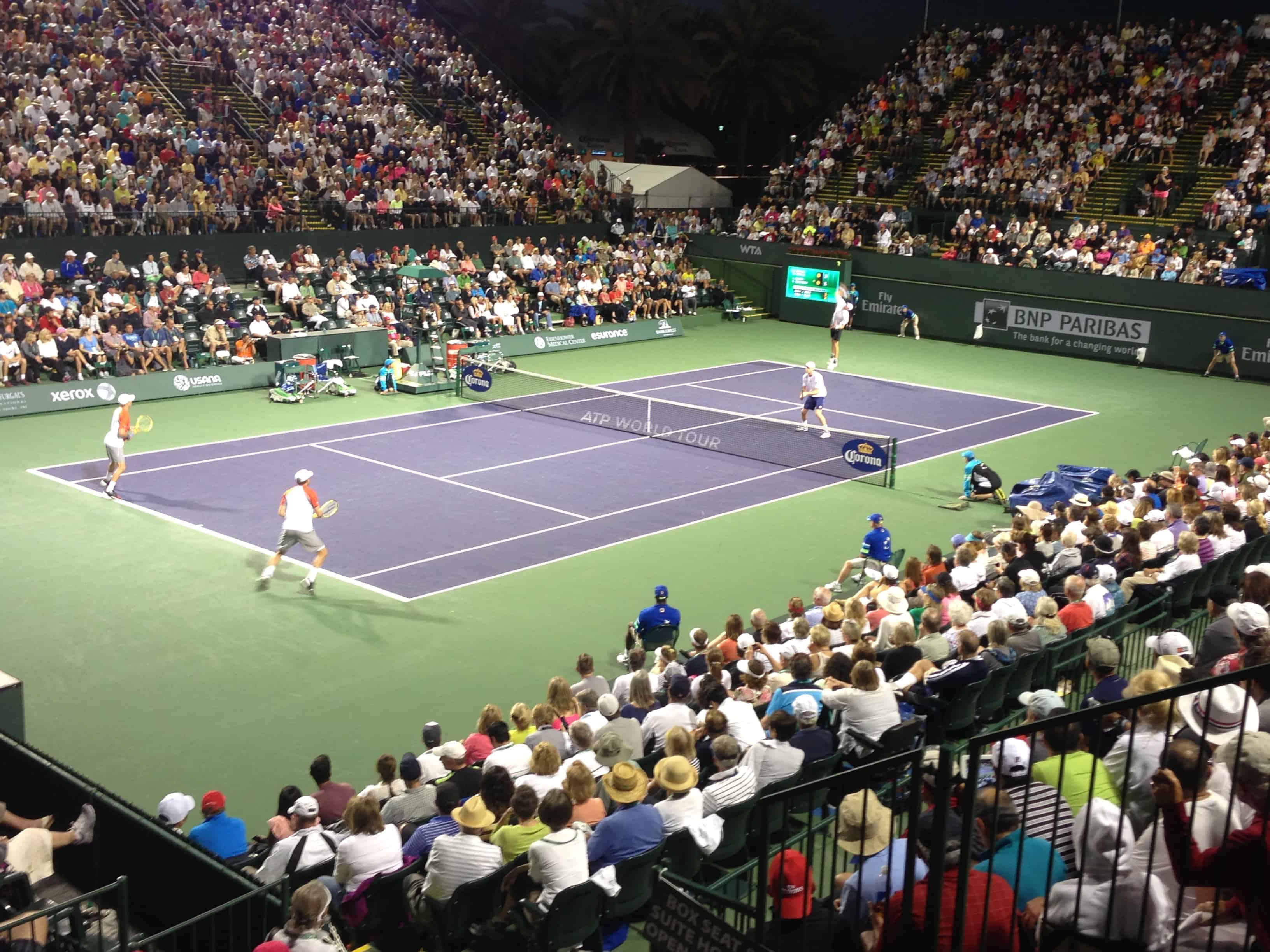 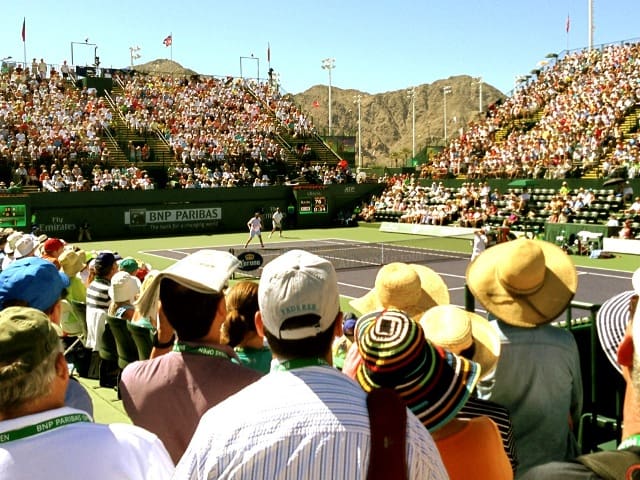