The first day of play is underway with the French Open at Roland Garros, including wins from Serena Williams, Sara Errani, Ana Ivanovic, Roger Federer, Milos Roanic and Sam Querrey, just to name a few. Lleyton Hewitt continues to battle on tour, eventually falling in a five-setter with Gilles Simon.

While most the top-50 players spent the week in Paris, preparing for their quarter of the draw…Nice and Dusseldorf hosted ATP World Tour 250 clay events, while Brussels and Strasbourg hosted WTA International events on clay.

Nice: Gael Monfils may have been the favorite in Nice, but Spaniard Albert Montanes, ranked #82 in the world, wouldn’t be denied his 6th ATP World Tour trophy. He clobbered Monfils in the first set, 6-0. Then, after a rain delay, outbattled the Frenchman 7-6(3) to take the title. True story, as told be Albert after the match: “I was not supposed to play here in the first place. I was in my home town, 200km from Barcelona, with friends when I found out I was entering the main draw last Saturday night. So it’s pretty incredible that I am here now with the Nice trophy. No doubt the fact that I came here with no pressure, just happy to play, taking it day-by-day and match-by-match, helped me win this week.” At 32-years-old, Montanes will now jump to #48 in the world.

Dusseldorf: Argentine Juan Monaco brings some clay confidence into Roland Garros with a 6-4, 6-3 win over Jarkko Nieminen in the final of the inaugural Power Horse Cup in Dusseldorf, Germany. While most Germans were getting ready to watch Bayern-Munchen defeat Borussia-Dortmund in the Champions League final at Wembly Stadium, Monaco was confidently powering past the southpaw for his 8th career ATP title. It was Nieminen’s first final on clay in 10-years: “That’s pretty cool for me. My body feels good going into Paris.”

Andre Begemann and Martin Emmrich took out Treat Huey and Dominic Inglot 7-5, 6-2 to win the doubles title in Dusseldorf.

Brussels: Kaia Kanepi comes into Roland Garros with her 4th career WTA title, after playing both her semifinal and final match on Saturday thanks to a wet week at the Brussels Open. First, she took out Jamie Hampton 7-6(6), 6-4, then outlasted Peng Shuai in the final 6-2, 7-5. Kaia after the match: “This makes me feel very happy after such a hard half year when I was out injured. I started playing again on clay, which I really like, and I’ve been getting my confidence back week after week.”

In doubles, Anna-Lena Groenefeld and Kveta Peschcke teamed up for their 2nd WTA doubles title together, defeating Gabriela Dabrowski and Shahar Peer in straight sets. True story – the airline actually lost Shahar’s luggage on her way to Brussels. In fact, she has yet to receive her bags! The tournament director of the Brussels Open was taking her only tennis dress home every night and washing it befor ethe next day’s match.

Strasbourg: Alize Cornet won her 3rd WTA title in the other French Open tune-up in Strasbourg. She defeated Lucie Hradecka in straight sets 7-6(4), 6-0. Alize after the match: “I’m happy I was able to win the second set 6-0, because I was starting to get very nervous! I feel great right now, winning this title at home. It’s the accomplishment of a lot of work.”

The doubles final was a thriller, with the WTA’s oldest player, Kimiko Date-Krumm and former Springfield Laser Chanelle Scheepers edging Cara Black and Marina Erakovic 6-4, 3-6, 14-12. Both teams are now prepared for Roland Garros, as Scheepers said: “I wanted to get a lot of matches this week, whether it was singles or doubles, so I feel really prepared for the French Open now.” 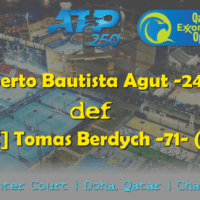