Dodig and Cilic? Tactical brilliance, combined with power and consistency. The brothers? Not at their best today. #DavisCup #USATennis

At ball-up on Saturday, Team USA was in the driver’s seat with a commanding 2-0 lead over Croatia. The day prior, Jack Sock managed to piece together a 2-sets-down, come-from-behind, five-set thriller over the #12 player in the world. Isner swatted aside one of the ATP World Tour’s “next big things.” A stateside Davis Cup Semifinal vs. France or the Czech Republic felt…inevitable.

Holy crap. Dodig and Cilic did their homework. Yes, both were consistently overpowering with their groundstrokes, but their tactics were sublime. From what I understand – based on Marin and Ivan’s post-match interview with Mark Knowles – after a devastating day-1, the team got busy. They watched several of Bob and Mike’s recent matches to hunt down chinks in the armour. And they found some.

One thing they discovered? Mike’s brilliance at the cross-court return. So…whenever Ivan was serving to Mike, Marin would set-up in the service-box across from Bob (traditionally, one sets-up in the service box opposite the service-receiver). The move completely took-away Mike’s money-shot. That said, it also opened-up an entire HALF of the court for Mike to deliver winning returns up the line…but he couldn’t do it. Chink exploited.

Okay, Bob and Mike obviously recognize the odd, unique looks from Dodig/Cilic, and have overcome the “rhythm disruption.” Having made the necessary adjustments to address the bizarre Croatian tactics, we’re all-even after two sets. The Tie’s third rubber is now a best-of-three to clinch! The Bryans’ clearly have this in the bag, right?

Nope. While the Croatians continued to pick on Mike’s return-game, he’d also been struggling on-serve since the start of the match. Plagued by foot-faults on first-whacks, he was broken twice in the first…then twice again in the third. Even Bob suffered his first service-break in set-3. Before you knew it, with an emphatic Dodig ace up the T, Bob and Mike were a set away from losing an expected clinch.

Down 1-2, Bob held firm in game-1 of the fourth-set, while Mike overcame a break-point in game-3. Dodig and Cilic continued to play like there was nothing to lose. When Bob was broken in the 5th game, the damage was done. Ivan and Marin held the rest of the way to earn the rubber and keep the Tie alive.

Brilliant use of tape…

Honestly, it was a brilliant use of “tape” from the Croatians to take away Mike’s weapon and peel-back a weakness in the Bryans’ game. But overall, it was a bad day at the office for Bob and Mike. The brothers weren’t able to adjust, and found themselves legitimately flummoxed by the looks offered-up by the Croatians. Homework, tactical gambles, and overpowering ground-strokes delivered the Dodig/Cilic win.

Bob Bryan, after the match:

Cilic is dangerous. He brings great returns and some nasty groundies and his serve is pretty strong. So putting him in there was probably a smart play. We weren’t making a lot of first serves, weren’t getting them in trouble from the start. They just kind of outplayed us in every aspect of the game today. Those guys are two good players. That’s the type of match that we have to play at the top of our game…We just didn’t do it.

Marin Cilic had played against Bob and Mike four times prior. Two years ago, he teamed with Santiago Gonzalez to score his first victory over the twins in Toronto. He knew it could be done. As did Ivan Dodig. Ivan was 3-6 against the Bryans, including a heartbreaking loss in the 2013 Wimbledon Final. But he and Marcelo Melo had been able to break-down Bob and Mike’s game before – last year in the Paris Final, and three-years-ago in both Shanghai and at the ATP World Tour Finals in London.

Bob and Mike have been a part of the U.S. Davis Cup Team since 2003. This is only their 5th loss in 29 Davis Cup matches together. This one stings. Not only was it a rubber they were expected to win, but it was a potential Tie-clinching match in Portland, Oregon – where they won the Davis Cup for Team USA at the Memorial Coliseum in 2007. If this were a match at any other tournament, including Wimbledon or the U.S. Open, the mental recovery would be swift. But this? This is Davis Cup, where teammates depend on you. It hurts.

But that’s team-sports. It’s time for Bob and Mike to lean on John and Jack. There’s work left to do…

Did you know: The U.S. is 157-3 in #DavisCup play when leading 2-0. Also, Croatia has never won a quarterfinal tie on the road. Good omens.

We’ll start the reverse singles with John Isner vs. Marin Cilic. They’ve played five times since 2011. Cilic has won all of their previous matches, most-recently a 5th-set 12-10 victory in the 3rd-Round of the 2015 Wimbledon Championships. Jack Sock and Borna Coric have played once before, last year in the 3rd-Round at Roland Garros. Sock won in straight-sets.

Marin Cilic, after Saturday’s win (and after consecutively blowing 2-set leads to Federer at Wimbledon and Sock on Friday):

I was thinking a little bit after yesterday’s loss that maybe I was a little mentally drained. Wimbledon left a small mark on me. This gives me good sensation for playing. 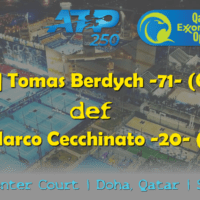 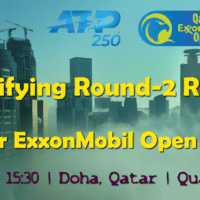 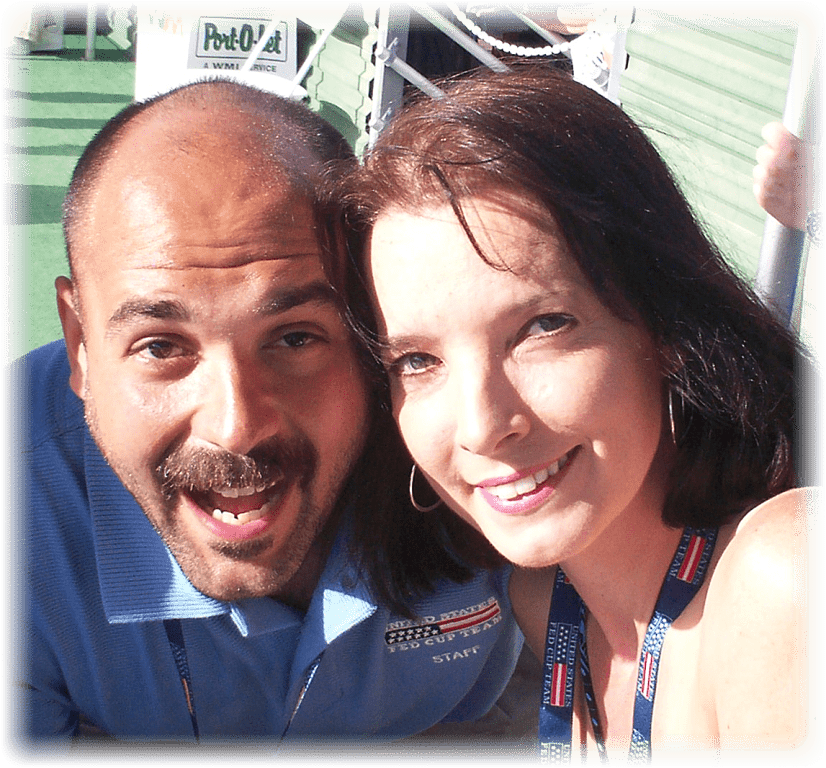