THE LOUDEST WOMEN’S FINAL IN THE HISTORY OF THE GAME…starts early Saturday morning (3:30a CST) on ESPN 2; featuring Maria Sharapova (AHHHHHH!) vs. Victoria Azarenka (WHOO-POOOOOOOOO!) in the 2012 Australian Open Final.

Before that match on Rod Laver Arena, the Junior Girls Final with American Taylor Townsend vs. Russia’s Yulia Putintseva; and the Junior Boys Final with Australian’s Luke SAville vs. Canada’s’ Filip Peliwo.

After the Women’s Final, the Bryan Brothers will go for their 6th Australian Open Title vs. Leander Paes and Radek Stepanek.

If you missed the Men’s Semifinal Match with Novak Djokovic and Andy Murray, you missed a classic. Nole won the first set (6-3), Andy took the second (3-6), then Andy won the third in a tie-break, completely blew-off the 4th set to conserve energy (lost 1-6), then Novak won by a break in the 5th (7-5).

So, it’s defending Australian Open Champion Novak Djokovic vs. Rafael Nadal in the Men’s Final, early Sunday morning! They’ve played each other 29-times. Rafa has the edge head-to-head (16-13), but Nole obviously brings the momentum after an amazing 2011 and an impressive tournament in Melbourne.

Congrats to the Russian Team of Vera Zvonareva and Svetlana Kuznetsova, they won the 2012 Australian Open Doubles Title today, defeating Italilans Sara Errani and Roberta Vince in three sets (5-7, 6-4, 6-3). This is a second title for both Russians – Kuznetsova captured the 2005 Australian Open title with partner Alicia Molik and Zvonareva won the 2006 U.S. Open title with Nathalie Dechy.

We have another American in a Final Sunday…Bethanie Mattek-Sands and Horia Tecau of Romania defeated Sonia Mirza and Mahesh Bhupathi (6-3, 6-3) in thier Mixed Semifinal today; Bethanie and Horia will play Elena Vesnina and Leander Paes in the Mixed Doubles Final Sunday. Vesnina and Paes took down Roberta Vinci and Daniele Bracciali on Show Court 3.


And now – a story from Peter Rutherford of Reuters:

MELBOURNE, Jan 27 (Reuters) – Victoria Azarenka is fed up with the hubbub surrounding her serial grunting but admits the noise from her Australian Open final against Maria Sharapova will carry far and wide.

The 22-year-old Belarusian has reached her first grand slam final on the back of a bruising baseline game coupled with a more mature mental approach that tamed her combustible temper.

While Azarenka, who would become world number one with a victory on Saturday, has worked hard to block out distractions on court she knows there is no way of silencing the shrieks of Sharapova.

“Well I’m not deaf. Of course I hear her,” Azarenka told reporters on Friday. “I’m sure she hears me. And about 15,000 people hear us maybe even further away.”

Azarenka makes no apologies for her grunting, which has been the source of much debate at Melbourne Park. The world number three maintains it is an integral part of her breathing technique and vital to the way she plays the game.

She seems exasperated by the questions and at a loss to explain the sudden outcry against her and fellow grunters.

“I guess some people are just bored. They created that machine that can measure it. Money well spent, huh?” she said with an ironic ‘thumbs up’.

“It doesn’t bother me. As I said I respect every opponent. Whatever they do, they try to do their best job. I think that’s fair enough.”

A Wimbledon semi-finalist last year, Azarenka endured an off-season training regime that pushed her physical limitations and sought to calm the inner demons that had caused her composure to spectacularly crumble.

“I had, how do you call that, ‘meltdowns'” she conceded.

“For sure you can see some on YouTube. But I’ve grown as a player and I try to learn from my mistakes and make it better.

“So I’m proud of what I’m doing. I just want to keep going and keep raising that level.”

While several of the top players in the women’s draw limped into the year’s first grand slam carrying injuries, Azarenka strode to the Sydney International title earlier this month and has looked one of the fittest in the Melbourne Park heat.

After waltzing through the early rounds, she came back from a set down to beat world number eight Agnieszka Radwanska before ditching crowd favourite Kim Clijsters out of the tournament in the semi-finals.

Azarenka has met Sharapova six times before, with the wins split at three apiece.

While two of the Belarusian’s victories have been in hardcourt finals, she is reluctant to take anything from them.

“It’s always difficult to play somebody you’ve beaten before. They have that extra motivation to beat you,” she said.

“What’s the most motivation you can have than playing in a grand slam final right?” 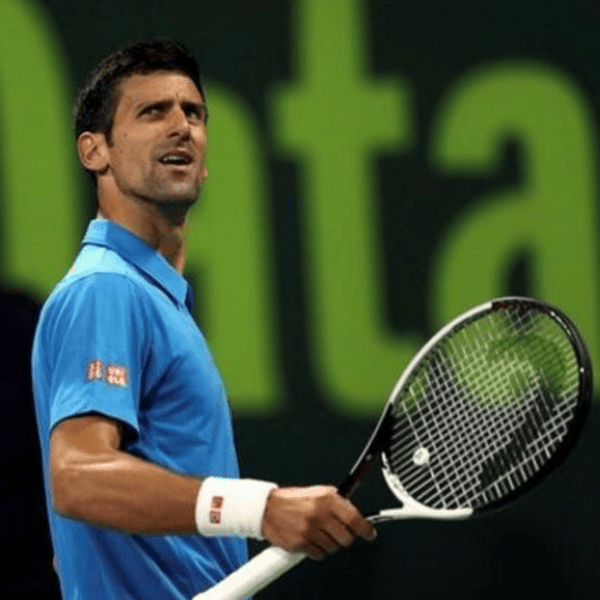