So…Tomas Berdych is feeling much better. Thank you very much.

A Wild Card at this year’s Qatar ExxonMobil Open, Tomas missed the last 6-months of the 2018 season with a back injury. Needless the say, the prolonged absence didn’t help his ranking. But numbers…are just numbers.

On Monday, in his first competitive match in half a year, the World #71 dismantled scrappy veteran Philipp Kohlschreiber -34- in straight sets.

The “Draw Gods” weren’t kind for Berdych’s return. He scored another familiar, aggressive opponent in the Round of 16: Fernando Verdasco. A Semifinalist here 2-years-ago, the Spaniard is very comfortable on these courts. He trains at the Khalifa International Tennis & Squash complex during the off-season, and has a residence at the Pearl just north of Doha’s City Center.

But Tomas has a history here too. After a 1st-Round Singles loss in his 2014 Doha debut, Berdych went on to win the Doubles title. The following year, he reached the Singles Final against David Ferrer. He was a Semfinalist in both 2016 and 2017, losing each to World #1’s Novak Djokovic and Andy Murray. He’s accustomed to Doha’s varying conditions.

Czech off another Victory. Berdych 11. Verdasco 4.

Wednesday’s nightcap on Center Court was Tomas and Fernando’s 15th Tour-level meeting. You have to go back 14-years to find their first career clash. Verdasco won it in Sydney’s first round. Tomas has owned him since.

Their Round of 16 duel in Doha went the distance. Verdasco took the first, thanks to a break before the first changeover. But Tomas was never out of it. He forced Verdasco to save a pair of break points before serving-out the set.

In the decider, the match got tricky. Verdasco took a medical time out after game-3, clearly in agony. Waiting for the pain-killers to kick-in, Fernando played high-risk tennis – pounding returns, focused on shortening points. Much to the surprise of both (and everyone watching), the approach was alarmingly effective. Verdasco broke Berdych right after treatment – but by 5-all, there was nothing left. Attrition took over and Berdych skated into the Quarters.

Up next for Berdych: Pierre-Hugues Herbert -55- (FRA) – His first career meeting with the 3-time Grand Slam Doubles Champion.

On Monday, he defeated Philipp Kohlschreiber in his first match back on Tour after 6-months away from the game. A Doha Finalist in 2015, he reached the Semi’s in 2016 and 17, and captured the Doubles title in his 2014 Doha debut. Now 33-years-old, he’s a Wimbledon Finalist – is one of only five active players who’ve reached the Semifinals of all four Majors – and one of only 3 players who’ve earned Grand Slam victories over Novak Djokovic, Rafael Nadal, Roger Federer AND Andy Murray. A 2-time Davis Cup Champion, he owns 13 ATP Singles titles, has reached 31 career Finals; and between 2010 and 2015, qualified for the year-end ATP Finals 6-years in-a-row. Competing in his 6th Qatar ExxonMobil Open, from the Czech Republic, please welcome, Tomas Berdych.

Now 35-years-old, over the past 17-years, this 3-time Davis Cup Champion has amassed 7 ATP Singles titles, 8 doubles titles, won the year-end Doubles Championship at the 2013 ATP Finals; and has been ranked as high as World #7, following a Semifinal run at the 2009 Australian Open. He’s a 23-time Finalist on Tour and owns 27 career-wins over top-10 opponents, including three last year alone. With over 500 career victories, he’s competed in 62 consecutive Majors – the second-longest active streak on the ATP Tour. A Semifinalist here two-years-ago, he’s also a 2-time Doha Doubles Semifinalist, and is competing in his 7th Qatar ExxonMobil Open. From Spain (with a home at the Pearl here in Doha), please welcome Fernando Verdasco. 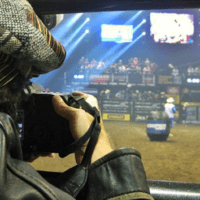