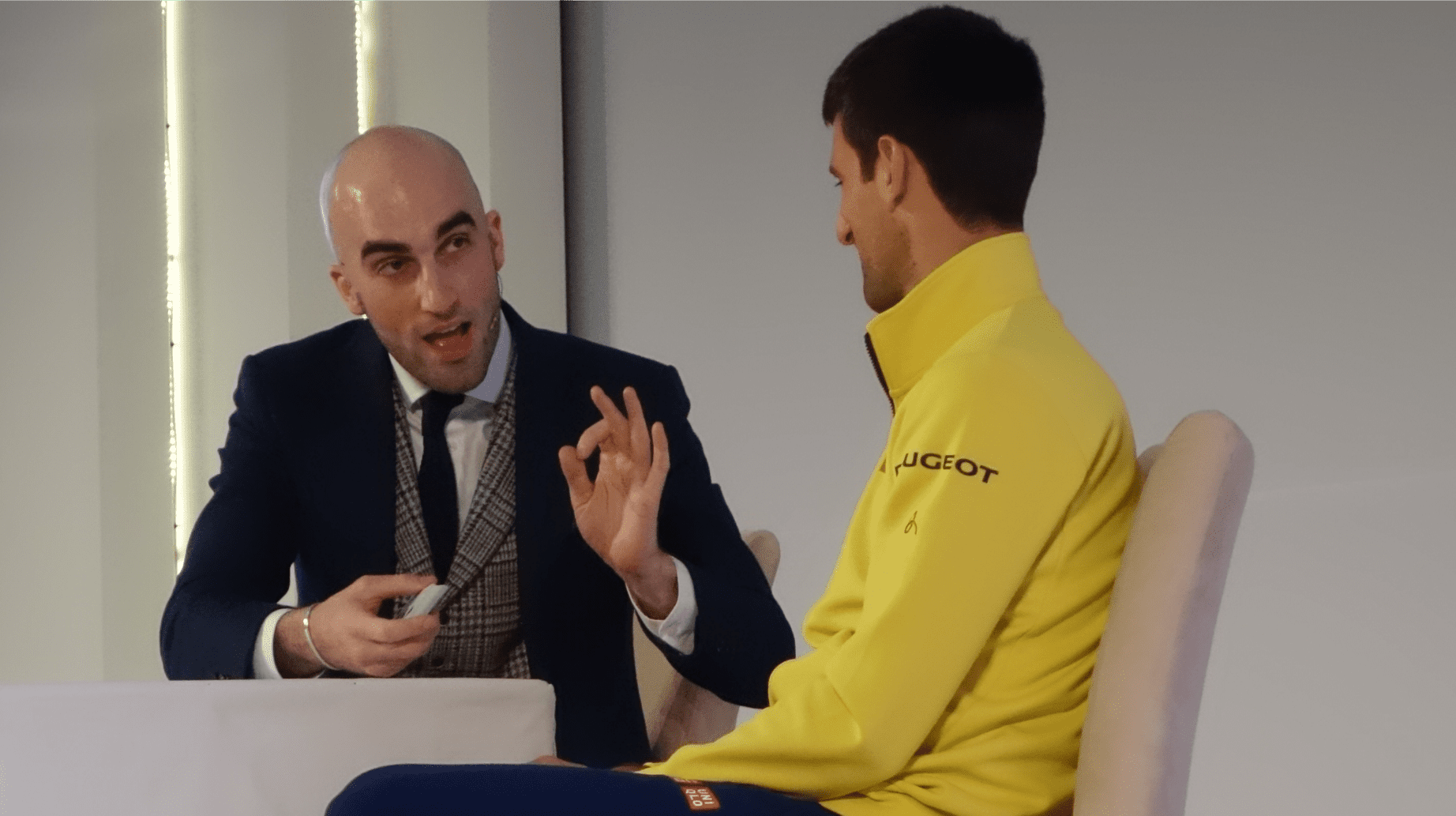 So there we all were: Locals and ex-pats, execs and emirs, hangin’ at the beaches of St. Regis in a ballroom just north of Doha’s City Center…always one of the more interesting evenings spent at the Qatar ExxonMobil Open.

The entertainment was compelling, the food exquisite, the companionship priceless.

As players came in, Brazil’s Andre Sa and Bruno Soares greeted each with quick interviews that had absolutely nothing to do with tennis. Brilliant. I’ve wanted to play this angle for over a decade, but have been told most would be uncomfortable squirming through a bizarre line of questioning from some creepy dude with a porn-stache. Touche. Be watching for the vinettes on the ATP World Tour website.

Chairman of the Higher Organizing Committee, His Excellency Nassar Bin Ghanim Al Khelaifi is genuine, sincere and passionate about the sport and its personalities. He’s proud of how this event has grown along with the city; and that authentic, understated pride is quite charming to see in person.

President and General Manager of ExxonMobil Qatar, Alistair Routledge is also good people. He’s an interesting Scot, who spent much of his youth in Malta – the son of a sea captain who worked out of Libya. A firm grip, steady eye and genuine interest in those around him headline my favorite high-points. He’s pretty funny, too – reminding the players straight-away that the oil business hasn’t exactly been batting a thousand lately, so the prize money…would have suffered if the Qatar Tennis Federation hadn’t stepped-in to make up the difference.

Defending champ David Ferrer, returning finalist Tomas Berdych and 2014 Champion Rafael Nadal received special gifts from the title sponsor – gifts that all the other players will also receive during their week at the tournament; while Novak Djokovic took to the stage as Magician DMC‘s assistant during the final act of the night.

Keeping with tradition, we capped the night with a round of tennis trivia, awarding lucky ticket holders with brand new iPhones courtesy of the Qatar Tennis Federation. Let’s see how well you do with this year’s questions:

Which player is the champion of breaking four racquets in 60-seconds?
a. Marcos Baghdatis
b. Ille Nastase
c. John McEnroe

Which European player has appeared in the most consecutive finals at the Qatar ExxonMobil Open?
a. Gael Monfils
b. Nicolay Davydenko
c. Ivan Ljubicic

Sewing a tennis ball on the back of a person’s pajamas is used for what type of remedy?
a. Snoring
b. Headache
c. Coughing

It was another fun night. At the end of the evening, fans and dignitaries alike swarmed Rafael Nadal and Novak Djokovic, armed with selfie sticks. As always, both were gracious and took time with as many guests as they could; both endearing role-models because of their approach to the profession…because of their authentic appreciation for the following that individual work-ethic has gleened. 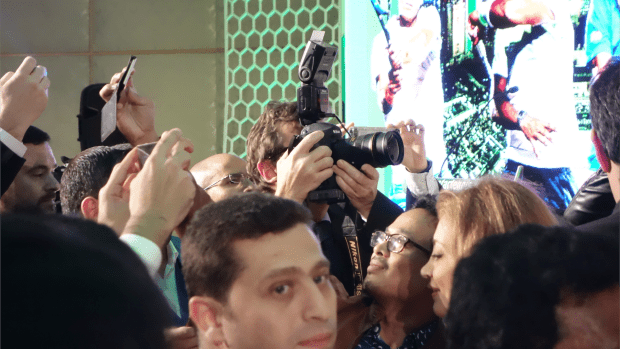 Round of 16. Kecmanovic def Fucsovics