If we have learned anything at the 2017 US Open, it’s to expect the unexpected. Coming into Flushing, no one expected to see a grueling, 2nd-Round 5-setter between 35-year-old Mikhail Youzhny and 36-year-old Roger Federer. After Roger’s storied season, most admittedly assumed Federer would waltz into Round-3 with an efficient straight-sets victory. That didn’t happen.

After just 26-minutes and two changeovers, Federer was up a set. All was going according to plan…but there was one problem: Roger didn’t dominate with his typical tactical precision. It wasn’t the same age-defying Federer we saw dissect opponents at the Australian Open and Wimbledon. Set-1’s reality was simple: Youzhny played a terrible, uninspired set of tennis. He sucked. Mikhail was tight, unprepared and sloppy. That would change.

In the second, Youzhny found some rhythm and scored his first break in game-2. Roger still wasn’t himself. While Federer did go up a break for most of the set, he gave it up while serving for it, and Youzhny leveled the match in the tie-break.

40-minutes later, the packed house in Ashe was stunned as they watched Youzhny (0-16 against Federer) go up a set on the 5-time US Open Champion. But by the 4th, Mikhail was starting to cramp. The mojo he’d found was now getting repeatedly stabbed by the shooting pains in his thighs. Yet he endured. Federer again gave up a break while serving for the set, but Youzhny couldn’t force the tie-break. He was spent – in agony – and sailed two balls long, allowing a fifth.

In the decider, Youzhny’s cramps took over. At one point he hit the deck, landing awkwardly on his foot. After the first sit-down, the two played a 10-minute, 6-deuce game and remained on serve through the changeover, but Mikhail was done. Federer powered through the next three games and escaped with the win.

After the match, Roger told ESPN’s Darren Cahill that out of their 17 career matches, this was Roger and Mikhail’s best battle. The 123 combined unforced errors say otherwise (68 from Roger alone). While drama was on the 5-page menu Thursday night, this was definitely a match defined by QUANTITY over QUALITY. That will have to change if Roger Federer is to earn an unprecedented 20th Major here in Flushing. 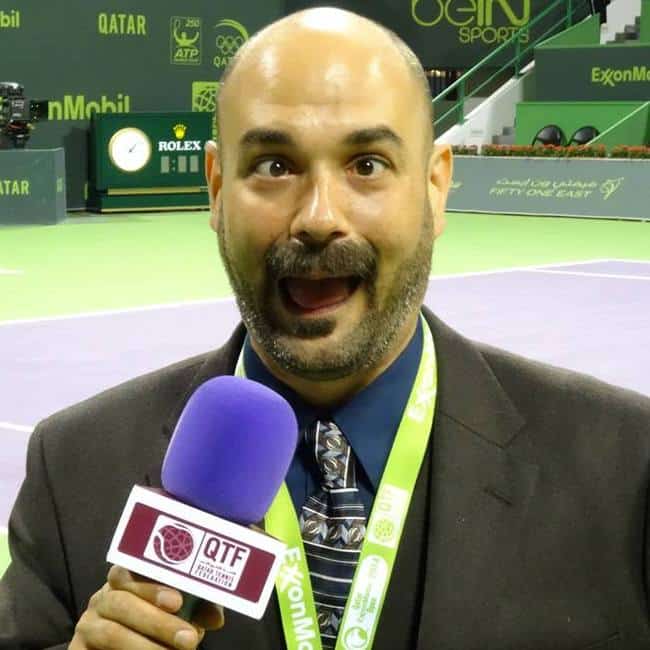 Round of 16. Rublev def Kukushkin