I consider myself incredibly lucky to have had the trust placed in me by Journal Broadcast Group to uphold KTTS’ commitment to excellence since 2001. It is humbling to know that I’m part of the heritage of this endeared broadcast product, which has succeeded by committing itself to its community…by investing-in and maintaining a talented local workforce, bucking the national trend of consolidation, downsizing and programming homogeny. 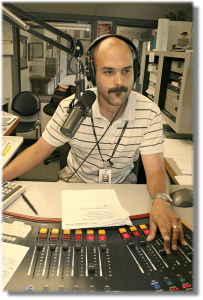 Today, KTTS is a rare broadcast jewel – still offering local news, weather and severe-weather coverage; there to inform and reflect life in its community by playing music that reflects the region’s lifestyle, and by providing a voice to needs within the community – with urgency, immediacy and understanding – because we live here; we’re neighbors who love the Ozarks.

This authenticity of character that comes through the speakers builds a lasting bond and trust with the KTTS audience and advertising partners unmatched in the Midwest…every day is a team-effort. As members of the KTTS staff, over the past 10-years, we’d often remind ourselves that KTTS wasn’t OUR radio-station – it was Southwest Missouri’s. We have a responsibility to deliver UP to those expectations every day…a tradition that will continue long after I’m gone.

The model of compassion for community was established in 1972 by the Oatman Family of Great Empire Broadcasting and programming legends like Don Paul and Curt Brown. I am so fortunate to have had the chance to work-with and learn-from them, and humbled that I’ve had the opportunity to carry-on KTTS’ heritage and tradition in a rapidly changing technological and media landscape over the past decade.|

Being a part of the KTTS Morning Show has been a rewarding responsibility I wish everyone in broadcasting had a chance to experience during their careers – but know that today, opportunities to work for products like KTTS are well beyond rare. I’m so grateful for the time I was given to grow and learn here; I wouldn’t trade a single morning and deeply value the relationships gained through fellowship, trust, and quite often…entirely too much honesty and openness when it comes to my personal life.

I am so grateful to admit that other professional opportunities have arisen from relationships and partnerships developed through my affiliation with KTTS, right here in Southwest Missouri…

One of the most significant events happened in the Summer of 2002, when Billie Jean King brought Fed Cup Tennis to Springfield. Thanks to a recommendation from Lisa Rau at Silver Dollar City, the U.S. Fed Cup Committee asked me to be the announcer for the weekend event. By Sunday – right there at Mediacom Tennis Stadium – I was offered a position as stadium announcer at the U.S. Open Tennis Championships in New York. 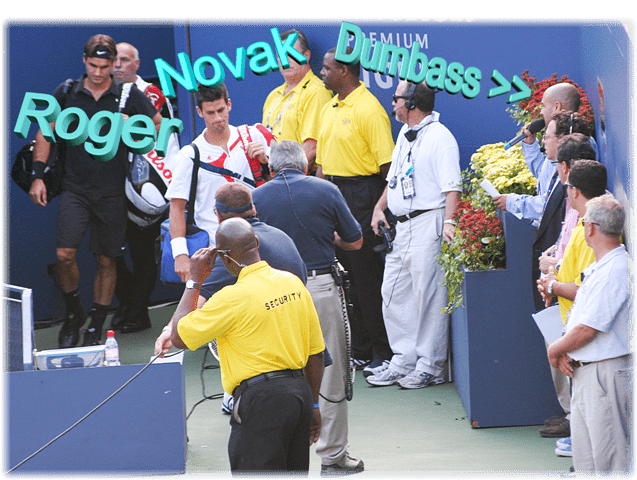 There, my responsibilities have grown over the years, and today, on top of being the voice of the U.S. Open on-site – I am also the commercial radio and television voice of all the events within the U.S. Open Series, leading up to the final tennis Grand Slam of the year.

This opportunity through tennis has given me a chance to form many other unique business relationships locally and across the country, and led me to form my own voice over and audio production company. As partnerships have slowly grown over the past few years, gnawing ambition to become a full-time independent business owner began to chew through the overriding fear of risk, fear of failure…and fear of starvation.

While the fear and anxiety remain, humbly recognizing the true struggle it takes to become a successful independent business owner – I am ready to take the naked plunge and work tirelessly toward making risk lead to reward. << Insert inspiring “American Dream” music here >>

To my family at KTTS and Journal Broadcast Group – Springfield Operations…I can’t thank them enough for their encouragement over the years, allowing me opportunities to grow personally and professionally – and I CHERISH their cheerleading today. I am so lucky – so excited to work toward growing my own business. Sure, right now, all I want to do is throw-up because “good-byes” simply suck, especially when you pile on a healthy dose of risk…but this isn’t “good-bye,” this is:

“You’re doing what?! Are you insane?! You are an idiot!”…and that is beyond comforting.